The City of Richmond wants to put some skin in the development game.

Through its Department of Economic and Community Development, the city is making a major push for a $20 million Economic Development and Housing Revolving Loan Program aimed at funding both residential and commercial real estate projects in low- and moderate-income areas. 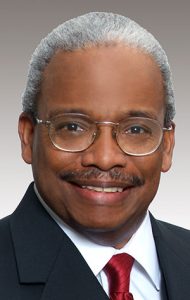 “These funds are available, and we are able to partner in real estate projects of scale,” said Ron Johnson, chief credit officer with Economic and Community Development. “It will be used for catalytic, transformative real estate development.”

The program has been funded by the U.S. Department of Housing and Urban Development. It aims to provide gap funding, which fills in where bank loans and private capital might fall short.

Although the money has been in place for more than a year, the city is beginning to proactively seek out projects to support because it has had time to fully draft the program and because the development market is picking back up, Johnson said.

“We have the infrastructure in place, we have the money available, and now it’s time to roll them out,” he said.

Eligibility for loans will be determined by the number of jobs created in the case of commercial development projects and by the number of new low- to moderate-income units for housing projects. Both jobs and residential unit counts will be taken into consideration for mixed-use developments.

Applications must be approved by HUD, which will determine a project’s funding eligibility. The ECD will decide how much money to lend a specific development.

The minimum loan is $500,000, although exceptions might be considered. Johnson said the program’s funding “sweet spot” is between $2 million and $3 million.

Interest rates will vary based on credit risk and will be decided on a case-by-case basis. Loans will be doled out on a revolving basis, where payment on notes the city issues will go back into the pool to be loaned out again.

Target neighborhoods include Shockoe Bottom, the Hull Street Corridor and the 25th Street/Nine Mile Road Corridor, among others. The program has already approved a loan for a seven-figure housing project in the Brookland Park neighborhood.

The ECD will unveil the new program at a developer’s breakfast Tuesday at the Main Street Station in Shockoe Bottom.