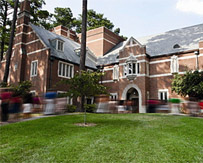 The University of Richmond’s Robins School.

U.S. News and World Report ranked the University of Richmond in a tie for the 25th best liberal arts college in the nation in the latest installment of its annual “Best Colleges” rankings. Virginia Commonwealth University came in 167th in the separate national universities category.

Both schools landed on the list of “up and coming” colleges. VCU was one of 23 universities to receive the honor. UR joined Salem’s Roanoke College and eight other liberal arts colleges on that list, which was based on assessments by college presidents, provosts and deans. 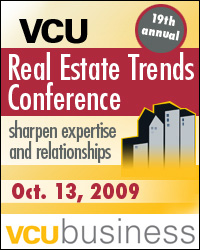 Washington and Lee tied for 14th in the liberal arts college rankings. Hampden-Sydney landed in a three-way tie for 97th in the same category.

Update: A previous version of this story inadvertently omitted the rankings of Longwood University and the University of Mary Washington. The story has been updated to include those rankings.

What the Fluff do the numbers mean? James Madison 6th best regional?

Here are some numbers –

Only 2 of the 10 fastest growing occupations in the USA require a bachelor’s degree or higher (source: Bureau
of Labor Statistics).

Tell me what those mean.

Bill Hassett: Nice cheap shot at VCU…I assume you are ripe enough so that your memory is stuck in1985. USN ranks 200 national universities and many others it considers to be just regional such as JMU and Longwood. Many national universities are unranked, such as colorado tech, or unpublished, such as umas boston. Regardless, if you simply read the ranking data and criteria (briefly summarized in the article above) its pretty easy to understand “what it means”. Im not qualifying what it means, just stating that it is rather easy to understand. As for the two data points you added,… Read more »