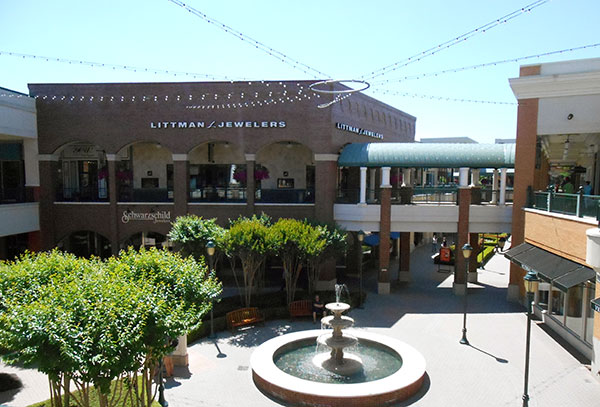 The change for Short Pump Town Center was part of a $2.05 billion deal. (Photo by Burl Rolett)

An Australian investment firm has officially staked a claim in Short Pump.

QIC acquired a 33 percent interest in Short Pump Town Center from Cleveland-based Forest City Enterprises. The deal, which closed this week, was part of a $2.05 billion transaction that included seven other shopping malls nationwide.

Forest City spokesman Jeff Linton said a breakdown of the value of each individual property was not available.

Forest City sold approximately 32 percent of its stake in the popular Short Pump mall to QIC. The firm previously owned 50 percent of the 1.3 million-square-foot property. Locally based Pruitt Associates initially owned the other half of the property and will retain a 33 ownership stake.

The sale will generate about $350 million in cash for Forest City, which the firm plans to use to pay down debt and fund expansion at malls in California and Nevada, as well as at Short Pump.

Forest City has thinned its Richmond portfolio over the past year, selling its White Oak Village shopping center last September and putting its Tobacco Row properties in Shockoe Bottom on the market in May. The firm sold another shopping center across from Tobacco Row this summer.

In August, BizSense reported the Tobacco Row apartments were under contract to be acquired by an undisclosed buyer.

Forest City said in June that – despite the string of sales – it is not pulling out of the Richmond market completely. In addition to about one quarter of Short Pump Town Center, the firm owns the 570,000-square-foot Richmond Office Park.

Correction/Clarification: In June a Forest City spokesman told BizSense that the firm was selling 49 percent of its ownership stake in Short Pump Town Center, that was to result in 24.5 percent ownership for QIC, 25.5 percent for Forest City and 50 percent for Pruitt Associates.

However on Wednesday, Forest City spokeswoman Lindsey Cottone said the company now owns 34 percent of Short Pump Town Center, with QIC and Pruitt Associates both claiming 33 percent ownership stakes in the shopping center after the deal.