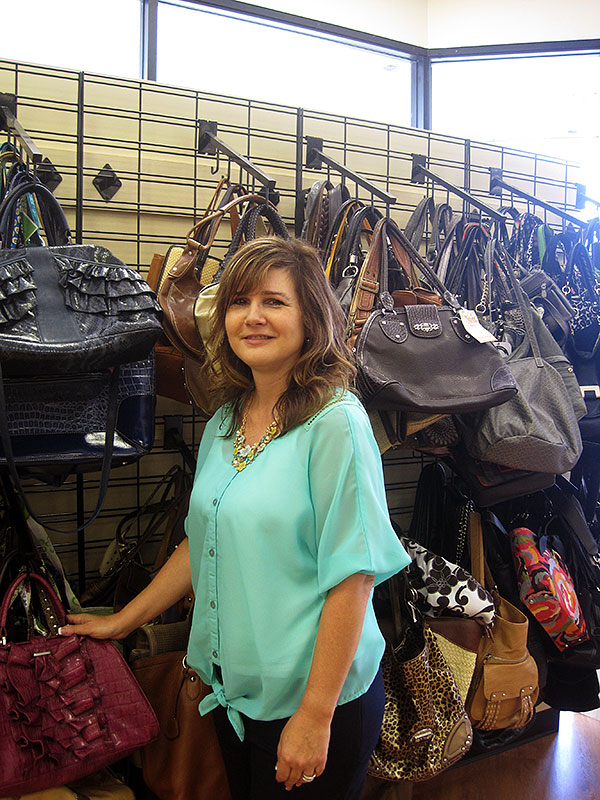 A Hampton Roads entrepreneur is adding to her Richmond retail portfolio.

Kimberly Solomon on Aug. 8 launched Richmond’s second Clothes Mentor franchise. The store, at 9762 Midlothian Turnpike, is Solomon’s first Clothes Mentor and her second venture as a franchise owner. She also owns the Once Upon a Child store in Colonial Heights.

Clothes Mentor is a women’s fashion resale store, which is like a consignment shop that pays customers up front. It buys and resells name brands such as Ann Taylor, Ann Taylor Loft, Chico’s and Coach. The chain also has a location in Glen Allen near Short Pump.

Solomon, 51, said she was drawn to the model because of the recession-resistant qualities of resale stores. Items are typically marked down 50 to 70 percent from their original retail price.

“It’s a great concept. It’s easy to do well in such an economically challenged time,” Solomon said. “And who doesn’t want to save money?”

There are 93 Clothes Mentors across 25 states, mostly along the East Coast and in the Midwest.

Solomon graduated from UNC-Chapel Hill with a degree in advertising and marketing. She spent 16 years putting her studies to use for media companies such as the Tribune Company, CBS and NBC, as well as for Bell South, a car dealership, a travel agency and a boat store.

She purchased Once Upon A Child in November 2011. She spent $300,000 to start her the Clothes Mentor and financed it with her and her husband’s personal savings.

Solomon said she’s not stopping at one Clothes Mentor store. She plans to open a second franchise in the Richmond area but has not pinned down an exact location.

“The goal would be to open another one in 12 months,” Solomon said.