A downtown Richmond restaurant has cooked up a second location.

Pasture, which opened in late 2011 on East Grace Street, launched an outpost last week in Charlottesville. 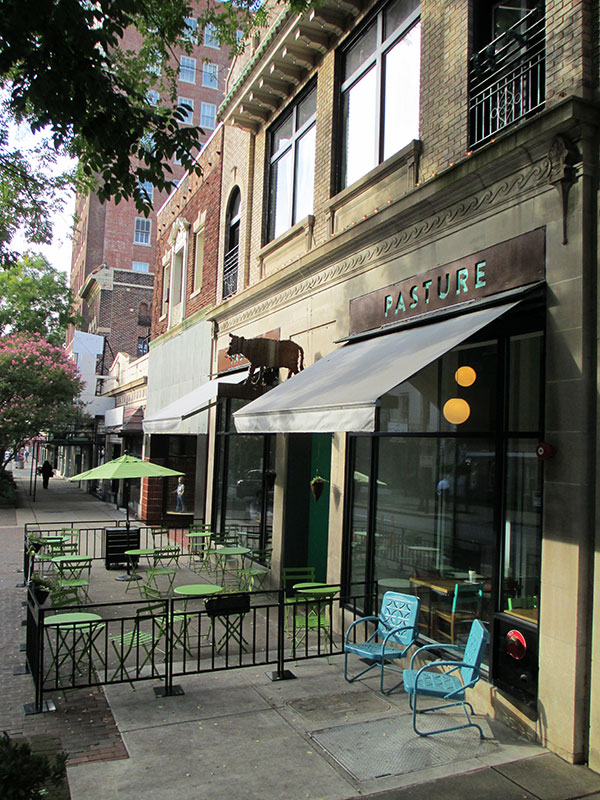 Jason Alley, the head chef and co-owner of both Pasture and nearby restaurant Comfort, made the investment in Charlottesville with co-owner Michelle Jones.

The Charlottesville Pasture is in the Shops at Stonefield retail development, where its neighbors include a Trader Joe’s, an IMAX theater and a slew of retail shops.

“The location is key, and there is no one in Charlottesville doing what we do,” Alley said. “There are other places that do Southern cooking, but they can be a bit pricey. We offer high-caliber Southern food, too, but in a relaxed environment and at low price points.”

Dinner entrees at Pasture run about $20.

“We definitely want to keep our guests happy and tailor to the experience of a different market,” Alley said. “But we’re going to stay true to the brand we established in Richmond.”

Alley and Jones opened a Comfort location in Portsmouth in 2008. But in the face of the recession, they shut it down a year later.

Alley would not go into detail about costs for the Charlottesville expansion, but the wheels are already turning for another venture.

“We want to have more management staff that can move between stores,” Alley said. “We should be opening one or two more restaurants, but we’re figuring some things out.”