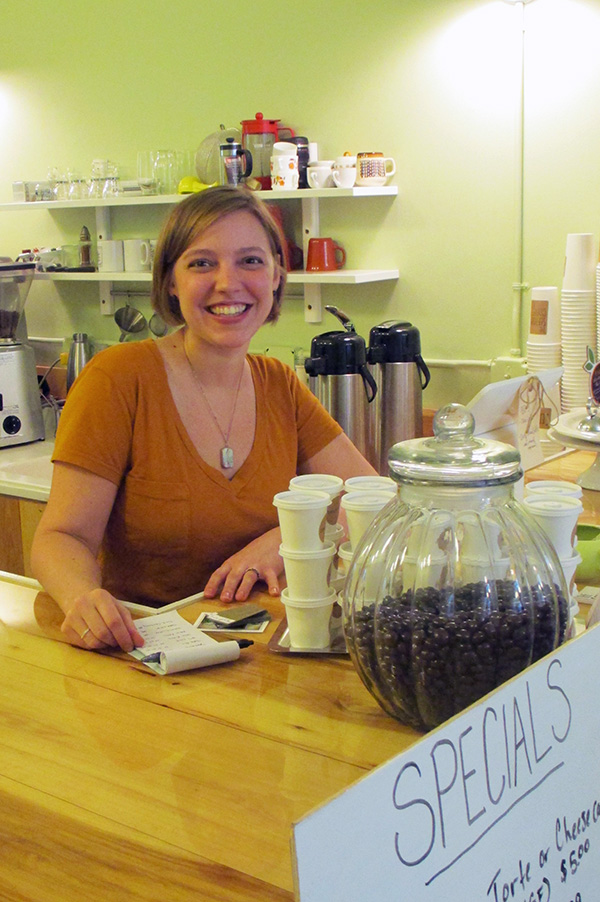 The downtown crowd has a new place to get its caffeine fix.

Sefton Coffee Co. opened in late August at 24 N. Eighth St., about a block from the state capitol. The shop is owned by Jennie Skinner, who also owns Apropos Roasters, a coffee bean roasting company.

Sefton Coffee roasts Apropos beans in the back of its 1,000-square-foot shop.

In competing for downtown coffee drinkers, Sefton has to contend with nearby Urban Farmhouse, Starbuck, and Shockoe Espresso and Roastery – Skinner’s former employer. But Skinner said she doesn’t think getting customers will be an issue.

“We all do something a little different,” she said. “In the business district, there are so many people they can’t really miss us.”

It took about $30,000 and a year’s worth of construction to get the space ready, Skinner said. Tom Kirkland Opticians occupied the space for 15 years before moving to 14 N. Eighth St.

Skinner’s life in coffee began when she learned how to roast coffee beans while working for Shockoe Espresso and Roastery at the age of 17. In 2009, she and a friend launched Apropos out of a “glorified garage.”

Four years later, she had enough money to lease the space on Eighth St. The storefront is owned by former Virginia delegate Brian Moran and his wife, Karyn Moran.

Sefton also sells Cuisine A La Cart sandwiches and Nettie’s Naturally desserts, both Richmond-based companies. The price of regular coffee at the shop is $2. One pound of beans sells for $11.99.

Skinner said she has five employees and is content for now keeping up with her roasting company and maintaining her cafe.

“I’m not trying to take over the world of coffee,” she said. “It’s a lot of work, but this is exactly what I want to do.”