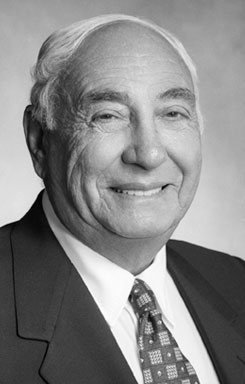 In 2006, Kornblau endowed the school with $2.5 million to establish the real estate institute that, as of Tuesday, bears his name.

“I’m pretty well attached to VCU,” Kornblau said in a prepared statement. “A few years ago, a company that I was associated with set up a scholarship at VCU in my name. After that, on a regular basis, I received letters from the recipients telling me how they loved the school and what they were going to do. And it made a great, great impression on me.”

Kornblau, 91, is chairman of SAMCO Development Corp. and a member of the board of directors of Eagle Construction of Virginia. He previously ran Realty Industries, a company that went public in 1984 and ultimately became part of United Dominion Realty Trust, one of the largest apartment developers in the country.

this is fabulous! The Kornblau family are top notch. Giving to future workers and leaders in the Richmond area is the best gift that will bear much fruit! I have participated in the job fair at the Real Estate School at VCU and was impressed by the students.

I worked for Mr. Kornblau for 9 years in the ’70’s and early 80’s. I could not have had a finer boss. I was proud to be associated with him and to Represent him as a Realtor. He is a self made man who is a shining example of a true community builder. I am proud to see him and his family achieve so much and to be so successful.

What a great example of a generous and community minded family, once again, going “above and beyond” to help make RVA and VCU thrive. Thank you!