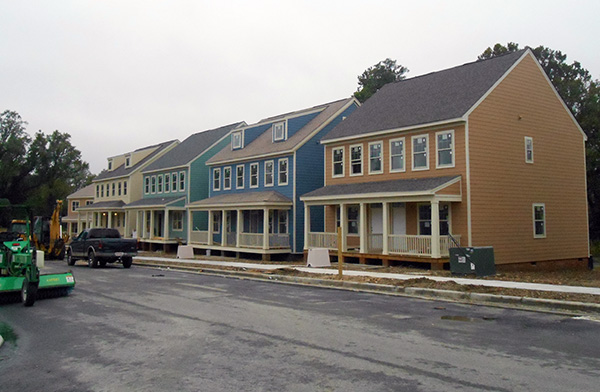 Some of the 128 apartments at the new Highland Grove development. (Photos by Burl Rolett)

The Richmond Redevelopment and Housing Authority along with private developer Laurel Street Residential on Thursday unveiled 128 apartments at the new Highland Grove development. The $20 million complex makes up the initial phases in a redevelopment project slated for more than 250 rental and for-sale residential homes between First Avenue and the Richmond Henrico Turnpike.

The community takes the place of the former Carrington Gardens, Northridge Apartments and Dove Court housing projects, a section that Richmond City Council member Ellen Robertson at Thursday’s event called the “greatest negative impediment” to redevelopment in the area. Dove Court, the last active complex of the three, was demolished about five years ago. 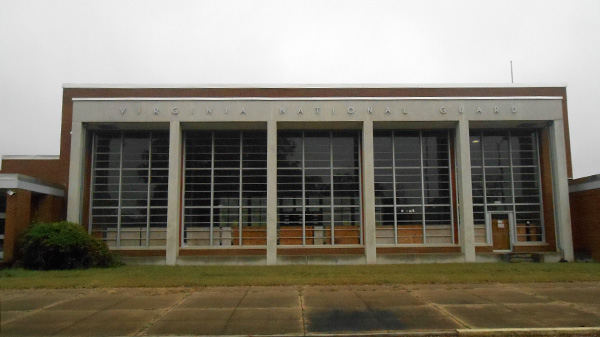 The former Virginia National Guard Armory is slated to become a school.

In addition to 250 residential units, the redevelopment plan calls for a park and an adaptive reuse project to convert the former Virginia National Guard Armory on Dove Street to elementary school. The total redevelopment plan spans more than 20 acres of land owned by the city and the Richmond Redevelopment and Housing Authority.

Laurel Street Residential, a Charlotte-based firm that specializes in mixed-income residential projects, is the developer for residential portion of Highland Grove. Chief executive Dionne Nelson said she was drawn to the project because she saw it as a potential lynchpin for neighborhood revitalization.

“We’re always excited when there is an opportunity to make a broad impact,” Nelson said.

Construction was financed with $10.7 million loan from Bank of America Merrill Lynch Community Development Banking. The Richmond Redevelopment and Housing Authority contributed $3.7 million for the project, and the city kicked in a $1.5 million loan.

Community Development Trust also contributed $500,000 in financing for the project, and Red Stone Equity Partners provided $16.6 million in bridge funding to pay for the project before the loans were finalized, Nelson said. The project will receive federal low-income housing tax credits.

Georgia-based NorSouth Constructs is the general contractor for the Highland Grove project. Commonwealth Architects were the architect, and Timmons Group was in charge of engineering.

The first tenants moved into the Highland Grove development in August. Units at the site range from 947 to 1,366 square feet. Rent prices depend on unit type and residents’ income and top out at $891 per month. S.L. Nusbaum is in charge of leasing and property management, and the 128 units are expected to be leased by January 2014. 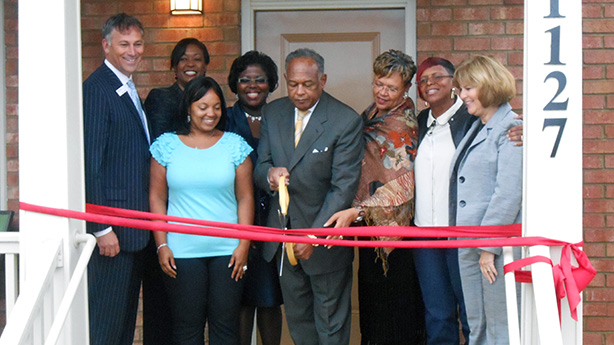 Congrats to Highland Grove residents! It’s been a long time coming for this development in Barton Heights and Highland Park. I look forward to getting “home” again very soon!