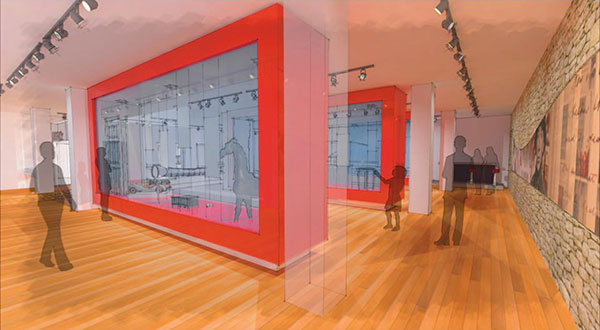 A rendering of the planned history gallery. (Courtesy of the Valentine Richmond History Center)

A museum dedicated to showcasing Richmond’s past is making a big investment in its own future.

The Valentine Richmond History Center in the 1000 block of East Clay Street is set to begin a roughly $4 million renovation next month. The project will tear down walls and open windows at the 50,000-square-foot museum in an effort to make it more open and accessible to visitors.

“We want to connect with the city in real ways,” museum director Bill Martin said. “And the real way is opening these [Clay Street] windows so people can connect to this space visually for the first time in 20 years.”

The project is the biggest single piece of a $20 million plan to update the museum, which showcases the history of the city. Work has included a new roof, heating and air conditioning systems, and a restoration of 19th century sculptor Edward Valentine’s studio. 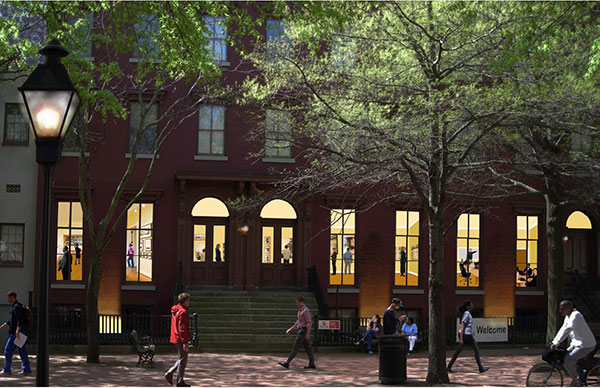 The upgrade is being funded entirely by private donations, and the Valentine Center is approaching an $8.6 million fundraising goal on the project. Construction and a new exhibit installation will cost $4.1 million, Martin said, with another $4 million for a built-in endowment to keep the building running. The museum’s operating budget typically runs between about $1.5 million and $1.8 million per year.

The final product will include a permanent exhibit titled “This is Richmond, Virginia” and sponsored by Altria. The rest of the museum’s exhibits, which Martin said will amount to about two-thirds of the total museum space, will feature rotating exhibits.

Work on the renovations is scheduled to begin Nov. 1. Kjellstrom and Lee is the museum’s general contractor, and Glave and Holmes are the project’s architects.

While the museum’s galleries will close for the renovation, the Wickham House at Clay and 11th streets will remain open, as will the Valentine Sculpture Studio and the onsite Sally Bell’s Kitchen cafe. A grand reopening is tentatively scheduled for fall 2014.

Ideas for rotating displays in the renovated museum include a bicycle section to coincide with the 2015 UCI World Road Cycling Championships and an exhibit on the history of the family unit in Richmond. Martin cautioned against looking too far into the future for museum displays, however. 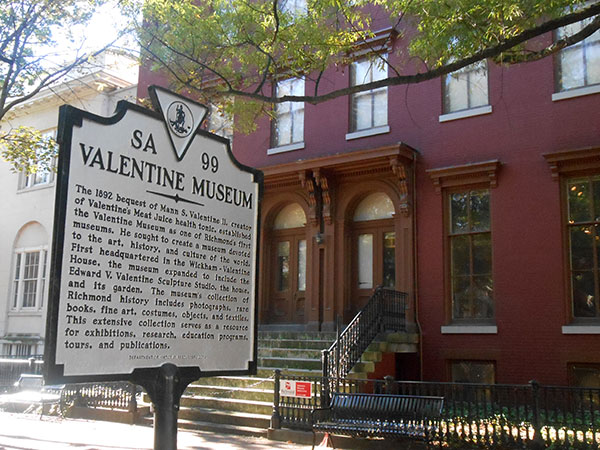 The Valentine Richmond History Center in the 1000 block of East Clay Street. (Photo by Burl Rolett)