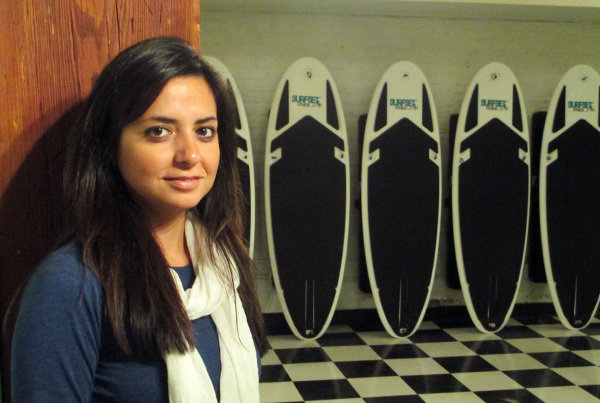 Shockoe Slip Yoga is set to launch Nov. 2 at 1307-A E. Cary St. Founder Rose Maghdouri in September signed a three-year lease for the space and has 1,700 square feet to work with.

Beyond the usual downward dog and mountain poses, Maghdouri’s startup will give customers a chance to hang ten. She is licensed to use the surfboards of Surf Set Fitness for surf yoga classes. The stationary boards don’t require any water. Maghdouri said she’ll only be offering beginner’s classes for surf yoga to start. 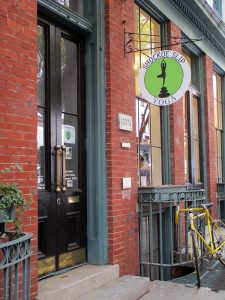 “It feels like you’re really on water,” she said.

Maghdouri, 33, had worked in international banking with BB&T for six years before getting laid off in 2009. She worked various part-time jobs, ran a holiday kiosk in Short Pump and organized the Zombie Bash at the convention center last year before receiving her MBA from Averett University in Richmond in 2012.

As a yoga lover and a resident of Shockoe Slip, Maghdouri said she was tired of the commute required to release her chakras.

“In this location, there are a lot of apartments but not many gyms,” Maghdouri said. “One morning I got up, and I just didn’t feel like driving all the way to Short Pump [for yoga].”

To attract her target audience of young professionals and VCU students, Maghdouri printed 5,000 flyers and posted them in nearby apartment complexes. She also inked a three-month deal with the nearby Buffalo Wild Wings at 1501 E. Cary St. to have the restaurant air a 15-second Shockoe Slip Yoga ad every 10 minutes. The eight part-time yoga instructors she is hiring have also been spreading the word.

With six to eight classes offered each day, Maghdouri said the business would stay healthy if she gets three walk-ins at each class each day.

long overdue in the downtown area! looking forward to taking classes, within walking distance from the office, during the week. best of luck, rose!