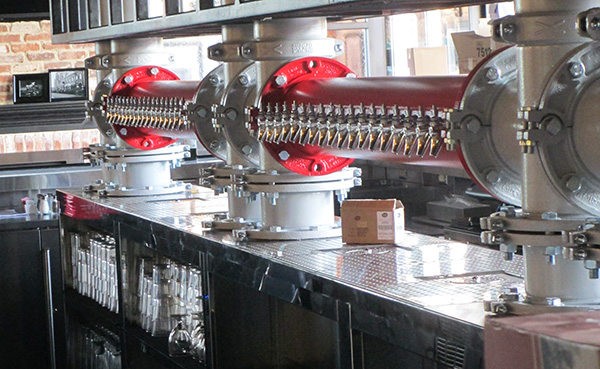 American Tap Room lives up to its name with 37 beers on tap. (Photos by Michael Thompson)

After almost a year, a Northern Virginia-based restaurant is finally set to be unveiled in Willow Lawn. 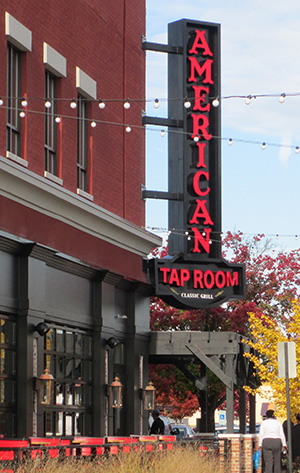 The American Tap Room at 1601 Willow Lawn Dr. is scheduled to open Nov. 11. Construction began almost a year ago but was delayed by zoning issues.

Fernando Winnegan, a spokesman for the restaurant, said its entry into the Richmond area is the company’s way of testing the market to potentially consider bringing some of its three other restaurant brands here. Thompson also owns the Austin Grill, brb (be right burger) and Marvelous Market concepts.

There are two American Tap Rooms in Maryland and two in Northern Virginia. The Richmond location will employ about 150 people.

The 6,500-square-foot space at Willow Lawn can seat about 230 patrons. The space has a patio with a fire pit, a private dining area for events or large parties, and what it calls the governor’s room, with framed pictures of former Virginia governors on the wall.

Among its 37 drafts on tap, all locally based breweries will be represented. About 70 bottled beers will also be available.

The average draft beer will go for $6, and the average entree will range from $16 to $20. The restaurant will be open seven days a week. 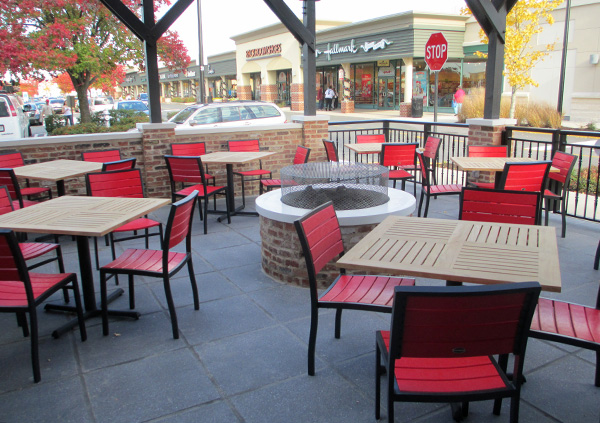 The restaurant’s patio and fire pit.

I can’t wait for the brunch buffet and the bottomless Mimosas!

Looking forward to the soft open tomorrow. I know RocketPop Media has been hard at work getting all the marketing ready. Here’s to a successful open!