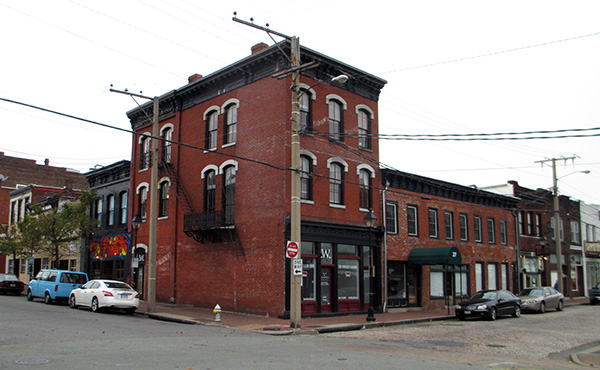 Rebkee’s purchase stretches around the corner of 17th and Franklin. (Photo by Burl Rolett)

Just a day after Mayor Dwight Jones unveiled plans to play ball downtown, a local development company is taking a “calculated risk” to try to get in on the action in Shockoe Bottom.

The Rebkee Company on Tuesday acquired a stretch of property along the 17th Street Farmers Market running from LuLu’s restaurant at 21 N. 17th St. and wrapping around the block to the Tio Pablo Taqueria on Franklin Street. The properties are all within a baseball’s toss of the site of the proposed $200 million Shockoe Bottom ballpark village development.

Rebkee’s purchase includes 12,670 square feet occupied by two law firms, the two restaurants and several upper-floor apartments. It also took on a parking lot on the north side of Franklin Street. The company paid about $1.1 million for the four parcels. The sales were recorded Tuesday. 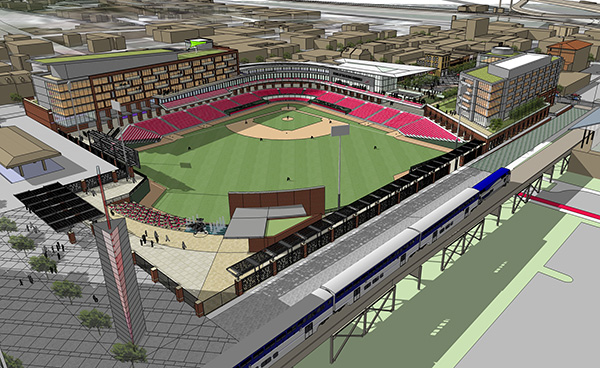 “We thought it would be a good spot now that they think the Diamond is going to be right there,” he said. “We want to let all the dust settle and really see how the mayor’s plan progresses, and then we’ll decide what we really want to do there.”

The purchase comes on the heels of Jones’s announcement Monday of plans to bring a stadium and related development to the Bottom. The mayor’s proposal calls for a baseball stadium less than a block from the corner of Franklin and 17th streets and 750 new apartments in Shockoe Bottom. The 17th Street Farmers Market is also slated for an upgrade as part of the project.

With the ballpark plan still in its early stages, McFadden called the buy a “calculated risk.”

“We like the property regardless, but the ballpark plans are a bonus there,” he said.

Rebkee is primarily a retail developer, but the firm does have a large residential investment on Boulevard near the Diamond, where it is in the process of a $23 million apartment conversion at the former Interbake Cookie factory.

McFadden said Rebkee was not betting on a new ballpark on Boulevard when the company undertook the Interbake project. Rebkee is interested in continued development in the current site of the Diamond, including potentially working on projects at the 60-acre tract of land on which the Diamond currently sits.