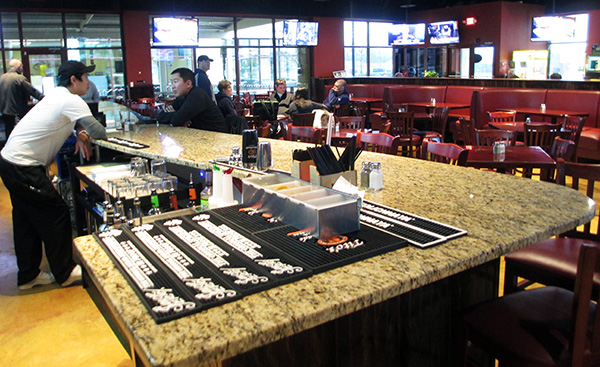 Inside Game On Sports Bar and Grill at 15532 WC Commons Way. (Photos by Michael Thompson)

A group of software engineers wants to improve the options for Midlothian foodies who like a sports game on the side.

Yash Reddy and two silent partners in December opened Game On Sports Bar and Grill at 15532 WC Commons Way in Westchester Commons. They signed a 10-year lease for the 5,000-square-foot space.

Reddy and his friends decided to dive into the restaurant scene to satisfy what they saw as an unmet demand. 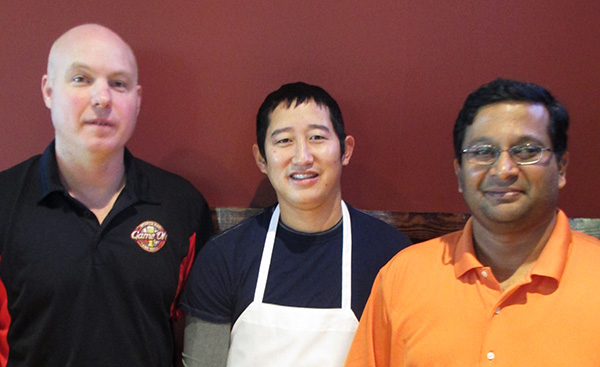 “There is not a sports bar with good food,” Reddy said. “We were missing a local sports bar where you can have good food and watch good sports.”

Convinced that the market was ripe for an “upscale sports bar,” the trio pooled their savings to come up with $180,000 to get the ball rolling. Reddy and one of the other partners both work in IT at local firms and will keep their day jobs.

Construction began on the bar in June.

The first-time restaurant owners didn’t launch the business without some pre-game planning.

“We did our research on demographics,” Reddy said. “We did surveys, and it gave us the confidence people were looking for it.”

They found that the average household income within a three-mile radius of Westchester Commons is $115,000.

Game On has 26 televisions of various sizes. Including the patio, the restaurant can seat about 275. It has hired about 45 employees. Chief among them is chef Taylor Hasty, who comes to Game On from, most recently, the 525 at the Berry Burk. Entrees at Game On run between $11 and $14, and the bar has 36 beers on tap, 16 of which are local brews.

Although new to the restaurant scene, this isn’t Reddy’s first time donning his entrepreneurial cap. He owned three area Dollar Villages before closing them between 2010 and 2011.

Reddy said he and his partners want to open a second Game On location in Short Pump in the next year. 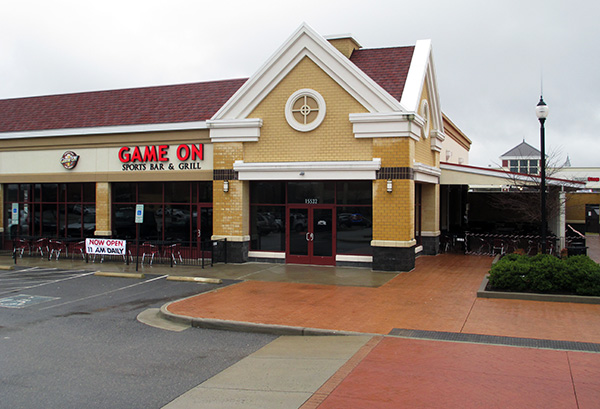 Including the patio, the restaurant can seat about 275.