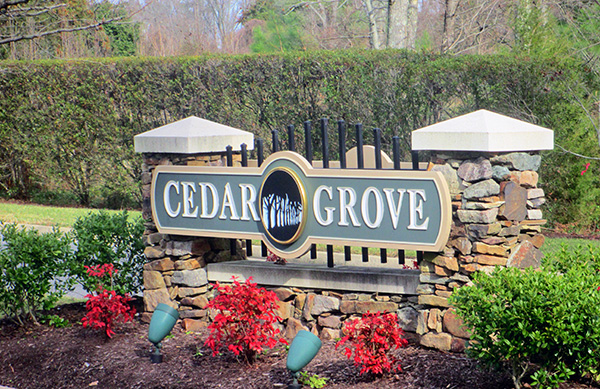 Thirty-four new homes are planned for the Cedar Grove neighborhood off Hungary Road as its owner is feeling confident about the local residential market.

It marks the first new phase of houses at the development since the recession.

“They think the market is back,” said Andrew Condlin, an attorney with Roth Doner Jackson who represents the developer.

The new phase will be constructed on about 15 acres of adjoining property that Cedar Grove’s developer, Cedar Grove 5, bought in September for $410,000, according to Henrico County records. Condlin said the property was put up for sale when its previous owner died.

“It was always the plan to add this property if it ever became available,” he said.

Henrico County’s Board of Supervisors approved a zoning change in December that made way for the addition.

Bordered by Mountain, Woodman and Hungary roads, Cedar Grove was started in 1999. Homes sold well until 2004, when the economy began to slow, Condlin said. About 169 lots were sold in the initial phases, and the remaining 22 were sold more recently. Houses are being built or are about to be constructed on the last six lots in the initial phases.

Condlin said the new phase would complete the subdivision, which already contains about 190 homes.

Cedar Grove is led by developer Gregory Windsor. Mark Waring, vice president of Bain-Waring, one of Cedar Grove’s builders, said Windsor has done many projects in the Richmond area over the years, including Grey Oaks and Covington in Henrico County.

Cedar Grove hasn’t yet started selling the new lots, and Windsor hasn’t selected the builders to do the work, Condlin said.

The houses will be similar to those already in the development. Prices haven’t been finalized, but Condlin said they likely would be in the neighborhood of $225,000 to $250,000.

Other builders who have done work at Cedar Grove over the years include Eagle Construction of VA and the Hicks Company, according to county records.