Although VCU’s standing in the national sports scene has been on the rise, the school isn’t yet playing with the big boys in the big business of athletic apparel.

Brands such as Nike, Adidas and Under Armour spend millions each year to get their names and logos on the backs of college athletes.

Here in Virginia, million-dollar deals put Nike’s name on Virginia Tech and University of Virginia gear, according to a recent analysis of college athletic apparel contracts by the Portland Business Journal.

But even after a few years in the spotlight thanks to its men’s basketball team, the more lucrative apparel deals aren’t in reach for VCU. 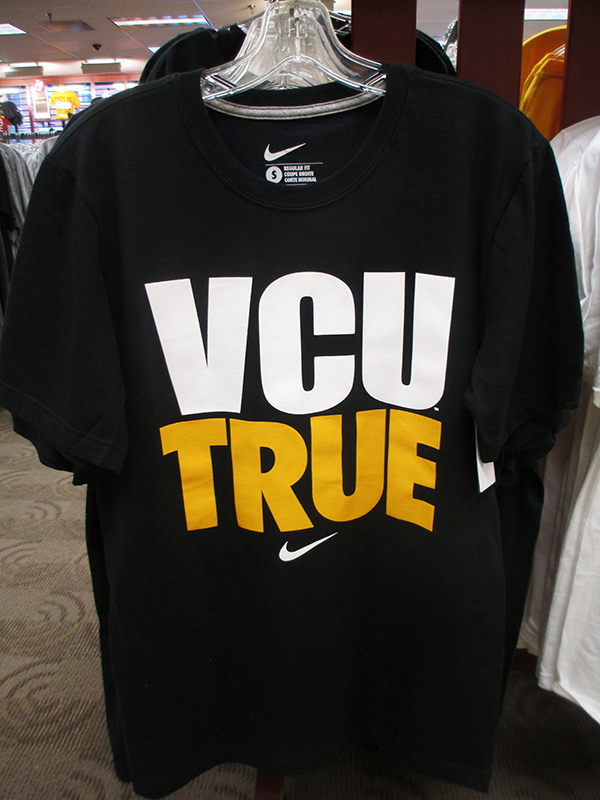 Each year, VCU gets $10,000 worth of gear from Nike, according to the school. Its deal covers all sports and virtually every visible bit of sports equipment, including jerseys, warm-ups, basketballs and even socks and sunglasses.

That $10,000 allowance, calculated on the retail value of Nike products, makes up about 3 percent of the VCU athletic equipment budget. The deal also ties VCU to Nike, requiring the school to spend almost all of the remaining 97 percent – about $317,000 – on the brand’s products.

Even so, VCU executive associate athletic director Jeff Cupps said the Rams have a sweet deal compared with other mid-major and small conference schools.

“Nike, Under Armour and Adidas, they’re looking to suit up the major football schools, the schools in the BCS conferences,” he said. “Really for everybody else it’s a struggle to get any deal at all.”

Nike outfits both of Richmond’s Atlantic 10 conference universities and has exclusive and more lucrative deals with UVA and Virginia Tech, the Portland Business Journal analysis found.

Virginia Tech has a $1 million Nike equipment allowance, and the University of Virginia gets $1.3 million in gear each year. Both of those numbers are figured on the retail value of Nike products, although both schools pay wholesale for gear they actually purchase from Nike.

Virginia Tech also receives cash in its Nike deal. The apparel company sends the school $275,000 each year. Of that, $125,000 goes into the athletic department’s general operating budget. Head football coach Frank Beamer gets the remaining $150,000.

Shaka Smart and VCU women’s basketball coach Marlene Stollings have personal contracts with Nike, but Cupps said the value of those deals goes toward basketball-related expenses. 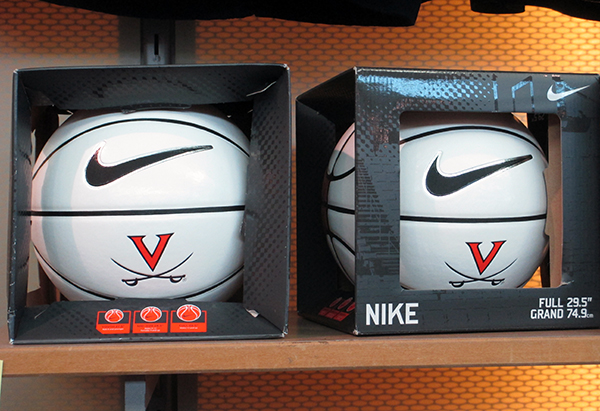 “I think it’s a recruiting draw as well,” she said. “I think Nike is very well liked by student athletes in general.”

Cupps estimated that about half of VCU’s Atlantic 10 peers might have all-sport deals with an athletic outfitter.

The University of Richmond has an all-sport contract with Nike. The Spiders scored that deal about five years ago after starting with Nike agreements for its basketball and football programs.

UR assistant director of athletics/business Cathy Rossi would not comment on how much gear the school receives, and, as a private school, UR is not required to divulge that information.

George Mason University, another Atlantic 10 school, has a deal with Nike for men’s and women’s basketball but shops around with other equipment companies for other sports. The soccer team wears Adidas, volleyball sports Mizuno and the women’s lacrosse jerseys are Under Armour. 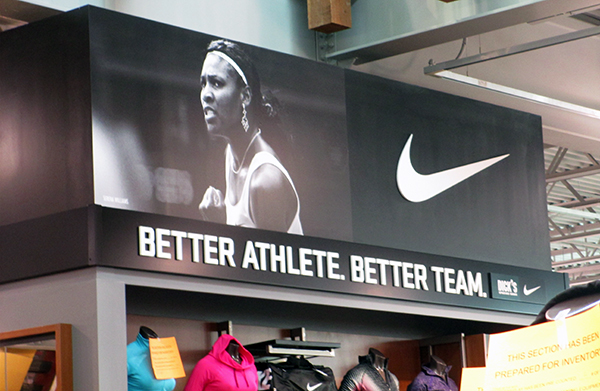 “Some of the companies will work with us and help us out, where if we purchase two pairs of shoes they’ll throw in a pair on them,” he said. “And there’s not a whole lot of return. We’ll list them on our program or on our website.”

George Mason, which has yet to attract a suitor for all of its sports, is going to try to do just that before school lets out on its first year in the Atlantic 10.

“Our brand is going to be in a different and bigger market, especially television-wise,” Shayka said. “What we hope to do before this year is out is put out a [request for proposals] to different vendors to see what they would be able to do if we had a departmental deal.”

In its second season in the A-10, VCU’s men’s basketball program will put the Nike logo on television more times than ever before this season, the first in a two-year deal with the brand. It remains to be seen whether that will translate into a bigger deal with Nike or another apparel company when VCU’s equipment contract ends in May 2015.

The university has purchased apparel from Nike it intends to use for several years, and signing with another brand could mean spending money to replace gear it could have used for three or four more seasons.

VCU is contractually obligated to stick with Nike if another brand offers the school a deal and Nike decides to match it. Cupps said interest from several brands is a key to upping dollar figures in any negotiation.

“When you have a small number of competitors among vendors – it’s like Pepsi and Coke – unless you have two motivated bidders, it’s difficult to really make the needle move,” Cupps said.