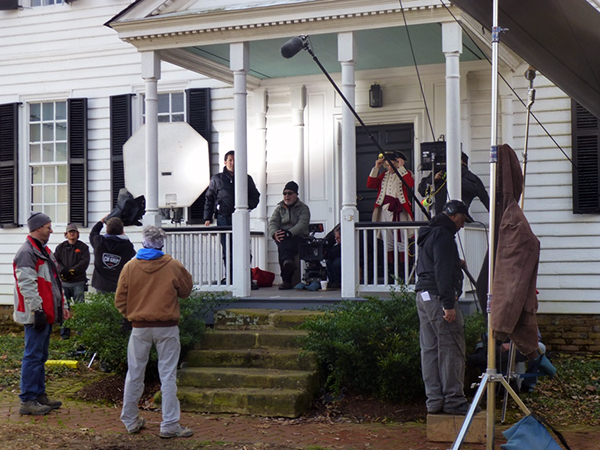 In 2011, the story of Abraham Lincoln rained Hollywood dollars down on Richmond. Now the local economy is seeing the spoils of the Revolutionary War.

Local warehouses, plantations, tow truck operators, restaurants and hardware stores have seen an influx of business from the filming of “Turn,” AMC’s new Revolutionary War-themed series being produced in the area.

That includes “everything from buying paper clips to renting helicopters,” said Andy Edmunds, director of the Virginia Film Office, the state agency that helps bring TV and film productions to the state. “They really do touch all aspects of the economy.”

“Turn” has made parts of Richmond and Central Virginia to look like Long Island, N.Y., during the Revolutionary War, where the story is set.

According to AMC, “Turn” is a spy thriller about a Long Island farmer who goes behind enemy lines to help George Washington’s army. It is based on the book “Washington’s Spies” by Alexander Rose and premieres April 6.

The crews first arrived in town to film the show’s pilot in April 2013 and started filming the first season in November. 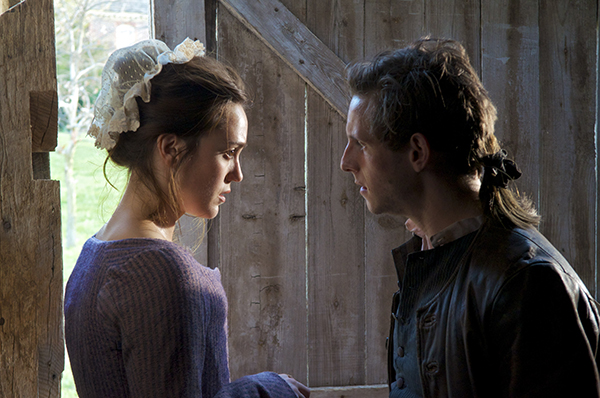 About 120 to 150 people were on set during the three-day shoot, said Jennifer Wender, associate director of museum operations for Preservation Virginia, which owns Scotchtown. “Turn” producers used Scotchtown’s lawn, central passage and basement for a variety of scenes.

Preservation Virginia was paid for the use of the facility, but Wender would not say how much. She said they’ll use the money to offset their operating budget.

The crew also called in the assistance of local fire companies for safety purposes and a local tow truck company, which pulled out 30 or so vehicles that got stuck in a heavy rainstorm, Wender said. Many of the extras used were locals, too.

Edmunds said “Turn” has also made use of the Shirley, Westover and Tuckahoe plantations.

At Tuckahoe, “Turn” filmed in and around the boyhood home of Thomas Jefferson, although the historic plantation is depicted as several places in New York on TV, said Mary Edmonds, who works at the plantation.

“It’s a nice boost to the economy,” she said. “It brings people here who wouldn’t normally be.”

Edmonds said Tuckahoe, located about 30 minutes from Richmond, sees a slow in visitors during the winter, so the extra income the filming provided will help maintain the privately held estate.

Bill Jordan, the hotel’s director of sales and marketing, said that the number of crew guests fluctuates but that they’ve stayed a “substantial” number of nights since filming began. Jordan said at least some of show’s cast is being put up in apartments around town.

Nearby at Urban Farmhouse in Shockoe Slip, assistant manager James Hutchins said he’s waited on a spattering of folks involved with the show. He said that he couldn’t be sure how many have filtered in but that some of the visitors’ 1700s-era hair and beard styles gave them away. 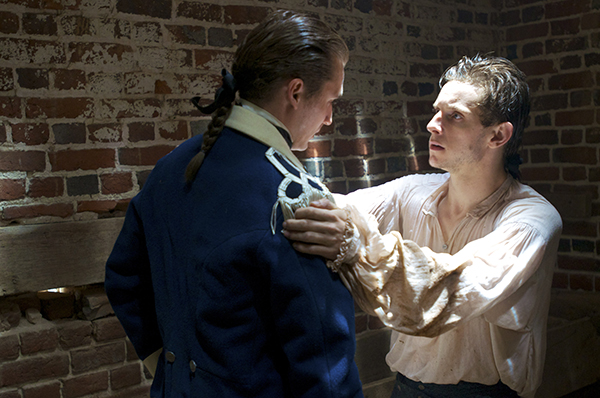 James Hatcher, president of Pleasants Hardware, said the company has done about $6,000 to $7,000 in business with “Turn” in the past two or three months.

Ruffin and Payne, a lumber and millwork company at 4200 Vawter Ave., is one of the show’s wood suppliers, sales manager Bob Hart said.

“They’ve cleaned us out a few times on certain items,” he said.

Hart didn’t have specific numbers but said the extra sales have been a nice boost to the business.

AMC does not comment on budgets for its shows.

The Virginia Film Office estimates that 500 small businesses in Virginia will get new customers because of “Turn.” About 200 full-time jobs are expected to be created during filming, from costuming to construction, Edmunds said.

Edmunds said production companies have an extra incentive to buy local. The state offers rebates or tax credits for 20 to 25 percent of qualified Virginia spending, he said.

The film office negotiated a perk for Virginia as well. AMC will produce at its own expense a 15-second commercial for Virginia tourism that will run during “Turn.”

“This is the beauty of getting a major series here,” Edmunds said. “If it does well, it will be picked up for another season and will be here for years to come.