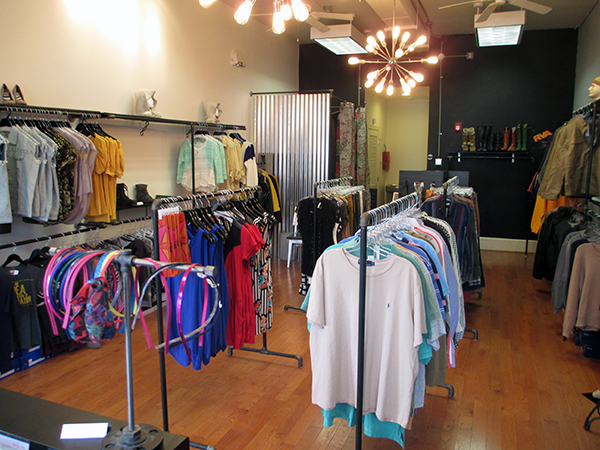 Inside the Fan area shop now known as Paradigm. (Photos by Michael Thompson)

A Fan area retailer has rearranged some of the pieces of her shop.

Lynsi Montgomery on Feb. 3 reopened the doors of her retail spot at 1301 W. Main St. as Paradigm, a new incarnation of the shop formerly known as Pieces.

Paradigm is a retail and thrift store that sells both new and used goods. It buys clothes from the public and major companies to sell inside its 664-square-foot shop. 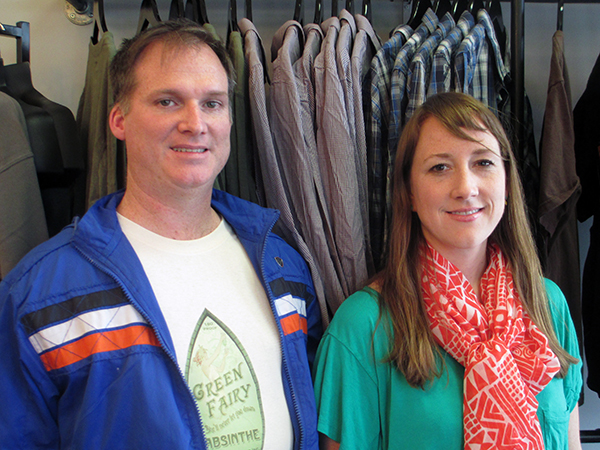 “We realize the market in Richmond is flooded with consignment and thrift stores, and on the other side of things, we have just started getting into retail,” Montgomery said. “We wanted to combine the two.”

Montgomery entered the retail business after working for eight years at Pfizer Consumer Healthcare, where she worked in product design.

“I basically made big batches of Robitussin,” Montgomery said. “I had been thinking about the business at least three years prior. I was tired of corporate America.”

Rebranding into Paradigm included renovations that cost between $3,000 and $4,000. Montgomery brought on Ty Dwyer, a real estate agent with First Choice Realty, as a co-owner.

Although Dwyer’s main role is to help on the business side, he can’t help by chime in on style choices around the shop. 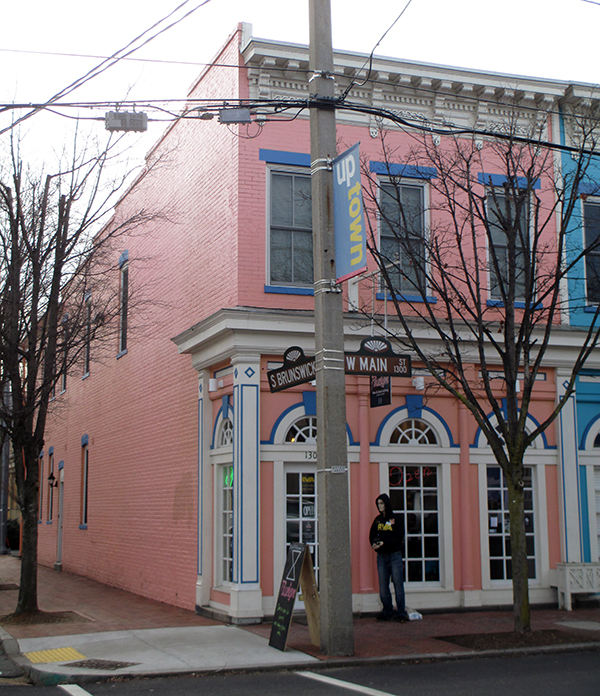 “I went to VCU and lived with a bunch of art majors, and they kind of rubbed off on me,” Dwyer said.

Montgomery said she decided to rebrand because she heard from customers who wanted items more commonly found inside standard retail stores. She had initially targeted VCU students but now hopes to also draw on Fan residents with a little more disposable income. Used shirts at Paradigm cost between $7 and $9, and new shirts start at about $20.

Paradigm has its own printing press, and its owners are working with artists around town to get their designs on shirts to sell in the shop.

There have been several local retail moves since the turn of the year: Carytown retailer Pink closed after 30 years in business, and a husband-and-wife team is expanding from Lexington with the addition of two Carytown retail spots. 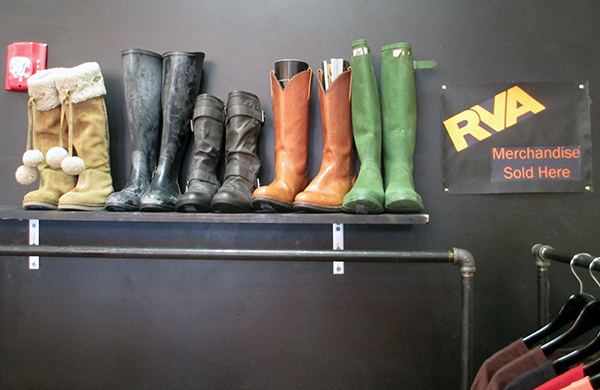 A shoe display at the recently rebranded shop.