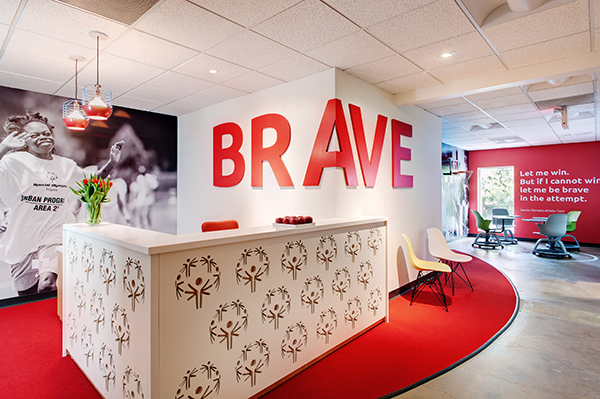 A local nonprofit is entering the second leg of renovations at its home base.

Special Olympics Virginia continues to expand and spruce up its Richmond headquarters at 3212 Skipwith Road.

Phase two starts this summer. It calls for the addition of a large multipurpose room, more office renovations, another meeting space, and a separation of the break room from the copy room, Claytor said. Hallways and other common space also will be getting a fresh look. 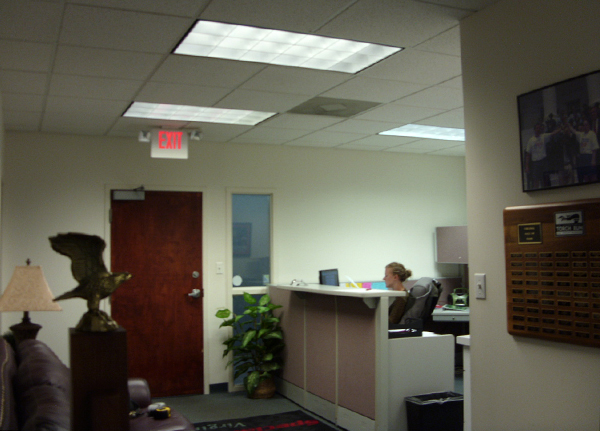 “It was fine [the way it was]. It was safe. But it felt dated,” said Katie Botha, the organization’s senior director of development and communications. “It looked like kind of a doctor’s office from the ’90s. It was very stark. It could’ve been anybody’s office.”

Over the course of both phases, Special Olympics will add 1,225 square feet to its space, for a total of 7,995 square feet.

Botha said the renovations were spurred by Special Olympics leaders updating the colors and fonts associated with the organization’s global brand. In turn, the Virginia chapter wanted to update its space.

But, because the nonprofit relies heavily on donations, it needed someone to help foot the bill.

Phase one would have cost almost $100,000, but donations of services and supplies cut Special Olympics’ costs to $27,000, the group said.

Phase two is estimated to cost $200,000, but the organization has about half of that covered through in-kind donations.

Special Olympics Virginia’s most recent financial report from 2012 listed revenue of about $5.23 million, expenses of about $4.48 million and net assets of almost $7.177 million, according to Guidestar.org.