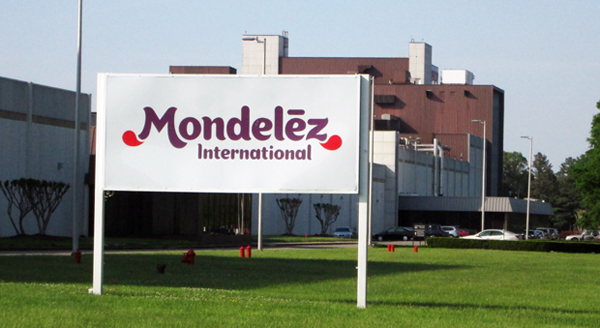 A cracker giant is pumping loads of new cheese into its 40-year-old Henrico County facility.

Mondelez International Inc., the Illinois-based holding company whose portfolio includes Oreo cookies and Trident gum, has a $40 million expansion planned for its Nabisco cookie factory at 6002 S. Laburnum Ave. in Varina. The company will add 38,000 square feet to its existing bakery and a new manufacturing line to produce Ritz crackers.

The announcement, issued Thursday by the governor’s office, comes about three months after Mondelez said it would invest $130 million between its Fair Lawn, New Jersey, plant and the Varina factory. Gary McLaren, Henrico County economic development director, said the Laburnum location makes sense for expansion for its access to markets both north and south.

“They can serve, from a Mid-Atlantic market, two-thirds of the nation’s population overnight,” McLaren said. “You can serve the existing Northeastern market and the rapidly growing Southeastern market from this plant.”

Mondelez on Thursday did not announce a firm timeline for the upgrades, and a company spokesperson could not be reached by press time. According to the governor’s statement, the expansion will push the facility’s total space to almost 1 million square feet.

The plant, which sits at the intersection of South Laburnum Avenue and 7 Hills Boulevard, produces a full array of cookies and crackers, including Ritz, Wheat Thins, Oreos, Chips Ahoy! and Nilla wafers. The location currently employs about 500 workers.

McLaren said that while Mondelez may need to added help to run the new Ritz line, he doesn’t expect significant job gains from the new investment.

The Virginia Economic Development Partnership as well as the Henrico County Economic Development Authority worked to lure the $40 million deal to Varina. Gov. Terry McAuliffe approved a $100,000 grant from the Virginia Investment Partnership program. The factory sits in a Virginia Enterprise Zone, meaning Mondelez will also be eligible to receive discounts in the Henrico County permitting process. The Virginia Department of Small Business and Supplier Diversity is also pitching in cash to help fund employee training at the plant.

While we are celebrating this expansion, it’s worth remembering that Mondelez is building a new $350 MILLION bakery in Mexico. Which will be the largest in the world.

Why? Sugar prices.
US sugar tariffs, corporate welfare for the huge sugar producers, DOUBLES the price of sugar in the US vs the rest of the world.