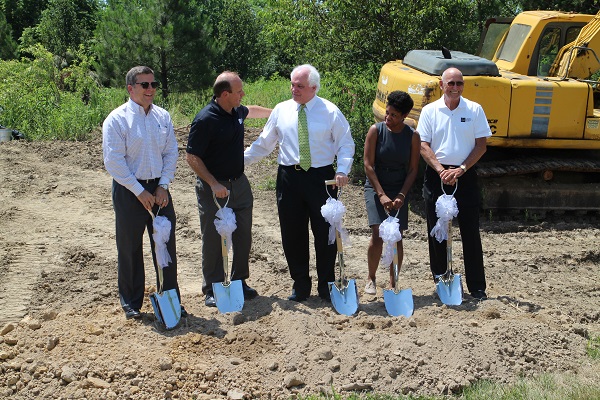 An industrial park developer is a taking an $8 million gamble near Richmond International Airport.

Fueled by a wave of extra confidence in the industrial real estate market, the Pennsylvania-based REIT is building the project on spec without having lined up any tenants for the new space. It’s the first time the company has made such a leap in the Richmond market in more than five years, said Brian Felton, a senior leasing representative at Liberty.

“The market has taken a huge turn,” Felton said. “With the activity that is still streaming in, our confidence level is very high that we will be able to lease this building in short order.”

Liberty held a groundbreaking ceremony for Eastport VIII on Wednesday, three weeks after beginning work on the $8 million property. The company decided to build before arranging leases in hopes of avoiding winter construction. 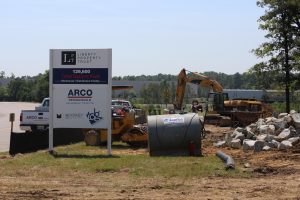 Liberty aims to be done construction on Eastport VIII by November.

Felton said he aims to see construction done by November. He said it would likely hold two or three tenants. Eastport VIII will begin renting at about $5.25 per square foot.

Arco Design/Build is the contractor on the project. McKinney & Co. is the engineer, and Triad Architects designed the project.

Liberty owns 3.5 million square feet of industrial space in the Richmond market, including Eastport, the Woodlands Center in Sandston and the Richmond Distribution Center on Carolina Avenue. Its industrial portfolio is about 98 percent occupied, Felton said.

He credited the upswing in Richmond industrial activity to the major warehouse and distribution deals the market has scored in the last few years, including Amazon and Medline in Chesterfield and Lumber Liquidators in Henrico County.

“I think those large drivers are the ones that are propelling the market,” he said. “I have some smaller tenants that are picking up some Amazon business and therefore wanting to expand and take more space in our buildings.”

CBRE industrial broker Rob Dirom said he doesn’t think it will be a challenge for Liberty to fill Eastport VIII. He said the Class A space, meaning property designed for industrial use, in the airport area has become cramped.

While the overall industrial market has shown a bell curve of sorts in recent years, with vacancies peaking after 2008 then starting to come back down, Dirom said the market for high-end property has been steady.

“That graph looks like a doorstop,” he said. “It’s been straight, toward less and less vacancy each quarter.”

Dirom said Liberty’s momentum at Eastport and a ready-to-build site made it easier for the REIT to jump into Eastport VIII. Dirom said the market may still need more time before another round of speculative construction catches on.

“We’ll have to let the tightness in the market push the rates slightly north before other people will join the party and start building,” he said.