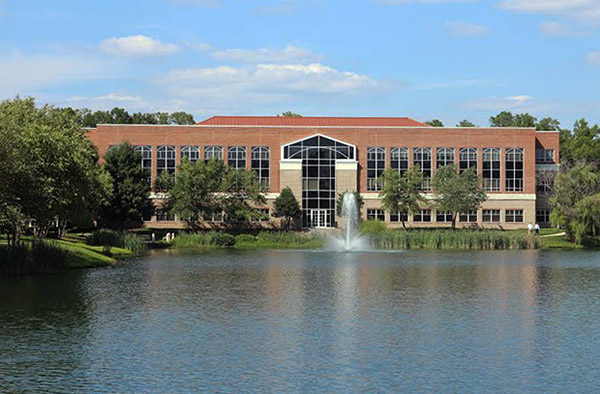 The West Shore III office building was part of a $20.8 million deal with a Dallas REIT. Photos by Burl Rolett.

Another large batch of Henrico County office space was unloaded last week by a major landlord.

Highwoods Properties sold a four-building, 163,000-square-foot suburban office portfolio in the Concourse at Wyndham off of Nuckols Road to Dallas-based Westdale Real Estate Investment and Management.

The deal included office West Shore buildings I, II and III and Grove Park I.

For Westdale, the acquisition brings its total holdings in the Richmond market to about 386,000 square feet. In April, the company bought the nearby three-building East Shore office park. The company now owns a

“They certainly appreciate the competitive location there in Wyndham, near so many decision makers that call Wyndham home,” said Eric Robison, a broker with Cushman & Wakfield | Thalhimer who handled the Wyndham deal on behalf of the seller.

The deeds for the Westdale deal had not yet been recorded online with Henrico County by Tuesday evening, but a Thalhimer press release valued Highwoods’ West Shore and Innsbrook sales at a combined $40.7 million. That pegs the Westdale sales price at about $20.85 million.

Robison said potential buyers had interest in both Highwoods’ West Shore and Innsbrook offerings, but splitting them drew a higher combined price. After closing the $26.7 million East Shore deal last April, Robison said Westdale was one of his first calls on the West Shore package.

The three West Shore buildings sit across a pond from East Shore at Nuckols Road and Concourse Boulevard. Grove Park I, the largest of the four buildings at about 62,470 square feet, is less than a half-mile west near Nuckols and Shady Grove roads. The entire portfolio is about 90 percent occupied, Robison said.

The Westdale and Lingerfelt CommonWealth deals are the second and third eight-figure Henrico County office deals closed this summer. In June, Lingerfelt Cos. sold the T-Mobile office building at Westgate I for $17.5 million.

“It’s been a very active office sales environment over the last year-and-a-half or so as Richmond continues to recover from the recession and shows strong fundamentals as opposed to a lot of other secondary and tertiary markets in the Southeast,” Robison said. “It’s really gotten on the radar for a number of investors across the country that maybe hadn’t looked at Richmond.”