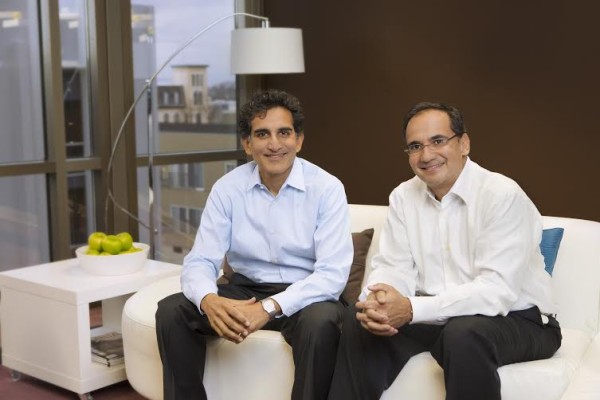 A local biotech startup with a big-name backer wants to push healthcare beyond the hospital.

Using an investment from Richmond’s Health Diagnostic Laboratory and a successful pilot program, downtown-based C3 Nexus is working to expand its remote health monitoring system aimed at patients recently discharged from a hospital.

Shaival Kapadia, the company’s co-founder and a longtime cardiologist, said C3 hopes to fill what it sees as a major healthcare gap that begins when patients leave the hospital.

“We manage patients well in those short periods of time (when they’re in a hospital), but once they’re out of our sight and out of our minds, that’s when the real problems begin to occur,” he said. “Our bodies are talking 24/7, but nobody’s listening.”

In the next month, Kapadia and Valentine want to take C3 from one Richmond hospital to three with hopes of pushing the firm nationwide by getting the service covered by insurance companies and eventually Medicare. 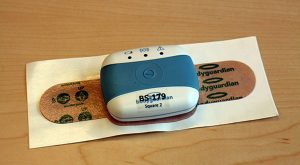 The C3 heart monitor attaches to a patient’s chest and measures vital signs and other information that can help doctors and nurses prevent rehospitalization. Photo by Burl Rolett.

Patients also keep track of their blood pressure and weight throughout the day with take-home scales and sleeves that feed information back to C3.

C3 couples the remote monitoring with a healthcare coaching process, in which a registered nurse interviews the patient, reviews health records and offers recommendations on diet, exercise and medicine.

Kapadia and Valentine have been working on the idea for about four years.

Valentine became interested in healthcare technology while caring for his aging father-in-law. Kapadia has been a cardiologist in Richmond for almost two decades.

The pair’s startup gained traction – and a high-profile local backer – after working a deal with biotech firm Health Diagnostic Laboratories between 2011 and 2012. C3 is based out of the fifth-floor of HDL’s headquarters at Jackson and 5th streets, and HDL bought a minority stake in the firm for an undisclosed amount in a 2012.

C3 is one of about six health- and tech-related startups that are housed in HDL’s office.

Kapadia and Valentine rolled out the C3 pilot program at Bon Secours St. Francis between June and November of last year. They focused first on cardiac patients, but Kapadia said C3 could help treat other chronic diseases like diabetes and COPD.

C3 served about 140 patients with heart attack and heart failure issues for 90 days after they left the hospital, and none of those patients were readmitted within 30 days of their discharge. About 24 percent of heart failure patients return to the hospital within a month, according to national averages reported by the federal Centers for Medicare & Medicaid Services.

C3 is now looking to expand and build a viable business off the results. The company is in discussions with Bon Secours to expand its service from St. Francis into the health system’s St. Mary’s Hospital in the West End and Memorial Regional Hospital in Mechanicsville. Valentine hopes to have the three-hospital deal struck in a month’s time.

C3 is also pitching its program to insurers. Getting C3 covered by Medicare is the company’s ultimate goal, Valentine said, because the program covers the majority of C3’s potential patients.

“If we could impact patient’s lives, we knew all the money we would need to do this is already in the system,” Valentine said.

Valentine thinks the company may eventually be able to sell its product directly to consumers – HDL launched its first consumer-targeted offering earlier this year – but said people are often reluctant to open their own wallets.

Kudos to Shaival, Nuno, & HDL for supporting this startup. As a seasoned veteran in the alternate-site healthcare arena, this is a great concept who’s time has come. Great for patients & great to be born in the #RVA!