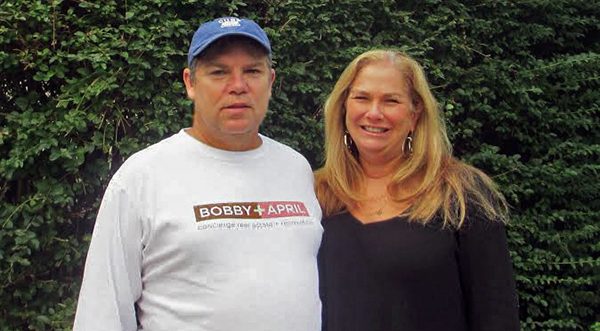 Bobby Hicks and April Straus of Bobby + April are overhauling a house in the Fan. Photos by Brandy Brubaker.

A condemned Fan home is getting a long-awaited makeover.

Bobby + April, a Richmond real estate and renovation company, has been hired by a local couple to overhaul 2103 Grove Ave., a Victorian-style home built in 1910.

“It’s just been sitting there,” said April Straus, the April behind Bobby + April. “The bones of the house are so pretty. Whoever originally built it really loved it.”

Straus said the house is condemned and has sat vacant for several years. Its roof has a leak, causing a major mold problem, and neighbors said squatters took up residence.

“The first day we were down here, a neighbor ran out and said, ‘Thank God. We’ve been waiting for years for someone to do something,’” Straus said.

A young couple Straus had been working with saw the potential in the house and worked out a deal with its out-of-state owner to purchase it for $268,000. Straus estimated that renovations will cost another $255,000. 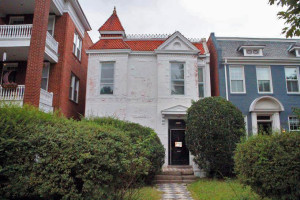 Straus expects renovations to the Grove Avenue home to cost about $255,000.

Bobby + April will gut the house and redesign the floor plan to include a first-floor bedroom suite.

Straus said the trick is to clean up and modernize the house while maintaining as much of its 1900s charm as possible. The property is listed as a contributing structure in the Fan Area Historic District, according to the National Park Service. Straus’ clients plan to apply for the city’s 10-year tax abatement program which is designed to encourage revitalization by offering reduced property tax rates for 10 years.

“We’ve done a bunch of houses here, and we always try to keep in character with the neighborhood,” Straus said.

A house down the street was recently listed for sale in the mid-$500,000s. Straus said the house Bobby + April is working on has an extra 1,000 square feet, so she thinks it could fetch even more once the renovations are done. Her clients plan to live in it for a couple of years and then sell.

She came from a real estate background. He ran an online food and wine distributor but always loved doing construction work. He got his contractor’s license when they started the company.

“We decided to do a flip ourselves. That was our first project and it was a disaster,” Straus said. “We’ve learned a lot since then.”

Straus and Hicks now do about 10 full-scale renovations and 20 partial renovations a year. Almost all of their work is on historic houses inside city limits, particularly in the Fan, the Museum District and Church Hill. They also take on a few investment properties a year.

I’ve always been struck by the lines of that house and wondered why it was sitting vacant. I look forward to seeing the “after” photos!