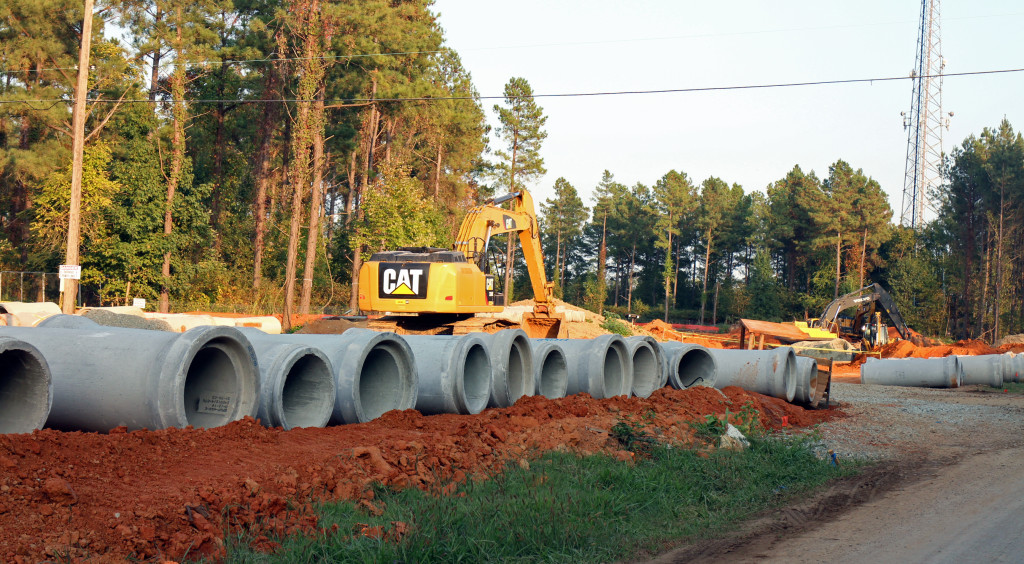 Dominion has started work on a second facility off Scott Road in Henrico County. Photo by Burl Rolett.

The power company began work this summer on a new $80 million systems operation center on Scott Road in Henrico County. The roughly 100,000-square-foot facility will serve as a control room for the company’s long-distance and high-voltage power transfer systems that carry electricity directly from power stations to substations.

The Scott Road building will replace Dominion’s current operation center at Innsbrook that opened in 1992. Dominion Spokesperson Le-Ha Anderson said it was needed both to keep up with Dominion’s service demands and changes in federal regulations governing the power industry.

“As you can imagine, a lot has happened since 1992,” she said. “The federal government and entities that moderate and regulate our business have very specific requirements concerning our transmission facilities.”

Dominion bought the 75-acre operations center site for $5.6 million in March. Site work began in June, and about $29 million in building permits were issued by the county this week.

Dominion’s Senior Manager of Economic Development Kent Hill said plans call for construction to end and testing to begin at the new facility in late 2016. He said he hopes the new operations center will ramp up to full speed sometime in early 2017.

Hill said about 50 employees will move from Dominion’s Innsbrook location over to Scott Road once the operations center opens, and as many as 100 could end up making the switch. But Dominion’s former facility won’t go entirely dark.

“We’re going to continue to maintain that facility– it will be the primary back-up for the new facility,” Hill said.