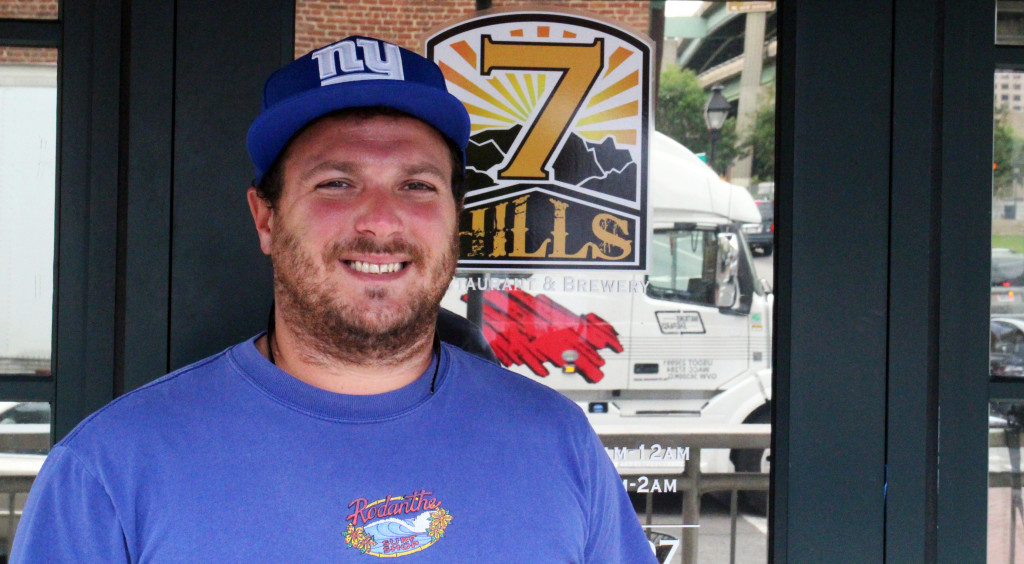 A local bar owner thinks it’s about time Shockoe Bottom got its own brewery.

Ross Renfrow plans to open 7 Hills Brewing Co. on South 15th Street at the beginning of 2015. The business will be a seven-barrel brewhouse with something that none of Richmond’s newer breweries have tried: a full-service restaurant.

“No one seems to want to do that, and for obvious reasons, but I think it’s time to shine for one of these breweries that can be a restaurant and a brewery,” Renfrow said.

Renfrow began working on his business in 2010. That year, he signed a 10-year lease at the Haxall View building on Main Street in hopes of launching Haxall Brewing Co.

But at the time, Renfrow was also working on launching the Fish Bowl bar, and the brewery took a back seat.

“It’s a pretty extremely expensive project, and with the one restaurant I had going on my own, I couldn’t do it,” he said.

Renfrow eventually decided to switch locations when the Major Willy’s restaurant closed at the Canal Crossing earlier this year. Margaret Freund’s Fulton Hill Properties owns both spots, and Renfrow said Freund let him out of his Haxall lease to take over the Major Willy’s space. 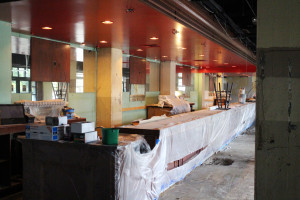 Renfrow estimated startup costs will cost about $500,000 for 7 Hills, a figure he is splitting with business partner Michael Abdelmagid.

The finished product will have a roughly 1,700-square-foot brewery in an 8,000-square-foot restaurant space. The name comes of the concept from the seven hills that Richmond is supposedly built atop, and Renfrow plans to incorporate the hilly imagery in the restaurant design.

Roland Hower of Hower Architects is designing the space, and JLN Contracting is the general contractor.

For the first year, Renfrow said he plans to sell 7 Hills beer strictly within the restaurant. He said he hopes to begin distributing to other local beer-centric bars and selling canned beer at retail stores by the end of year two, but he said he thinks the company can turn a profit on the restaurant alone in the meantime.

Renfrow said he thinks he’ll feel more competition in the dining room than the brewhouse.

“On the brewery side, there’s a lot more camaraderie – we’re all trying to make beer the next big thing for Richmond,” he said. “There’s not a lot of camaraderie in restaurants. We’re all competing for the same butts in the same seats.”

Jeff Metz, currently of Legend Brewing, will be the head brewer for 7 Hills.

Renfrow said all his beers’ names will have a Richmond reference with a particular focus on the river. He mentioned a Belle Isle Blonde, a 42nd Street Stout and a Pony Pasture Pale on a list of six or seven beers currently in the works.

But Renfrow doesn’t want to go too off-the-wall with his staple recipes. Pabst Blue Ribbon still sells more than any other beer in Richmond, he said, and he thinks he can cut into the massive domestic beer market with a lighter brew if he can get the price within a dollar or two of a typical Bud Light six pack.

“A lot of people think doing crazy things with your beer and adding crazy stuff is in demand,” he said. “I think we can carve out our own niche by sticking to some of the more traditional styles.”

Renfrow owns a warehouse that he hopes can serve as a second brew space if the business takes off, and he also has some other concepts in the works.

“For the expansion of 7 Hills, I think we’ll have to let the beer speak for itself,” he said.

Awesome job guys! Can’t wait to make a visit to Richmond to see all that you have done!!!!

7 hills brewery is going to be awesome. stay tuned ….