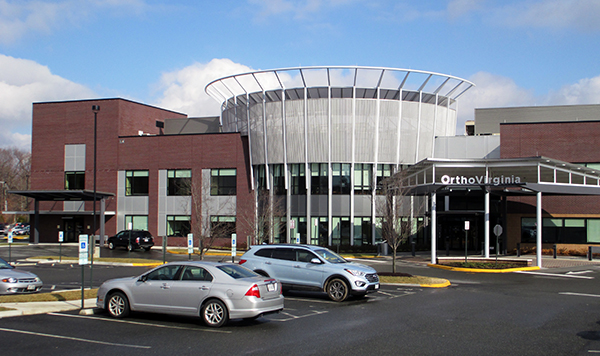 OrthoVirginia, housed at Boulders Office Park, is merging with another Virginia orthopedic firm.

Call it a joint venture.

OrthoVirginia, one of the larger private medical practices in the area, announced Thursday it plans to merge with Northern Virginia’s Commonwealth Orthopaedics. The combined practice will be the largest orthopedic specialty group in the state with more than 80 doctors and 21 locations.

The deal has been in the works for about a year, and Perkins said it will give the combined organization a new sea of healthcare data. The merger will also allow Commonwealth Orthopaedics and OrthoVirginia to combine their compliance departments into one.

“Day-to-day it’s going to be very little impact to the surgeons or employees in the two groups,” Perkins said. “What the doctors want to do is see what the combined data between the two groups will tell them so far as patient care.”

OrthoVirginia has 45 physicians and 11 locations in Richmond, Prince George County, Kilmarnock and Farmville. Commonwealth Orthopaedics operates in Northern Virginia and has 37 doctors spread between 10 offices and seven physical therapy facilities.

OrthoVirginia has about 450 employees total. Perkins said the merger is not likely to create or eliminate any jobs because the two practices already do their business in geographically separate regions.

OrthoVirginia is also expanding its presence in Central Virginia by adding a new $20 million office in Hanover County. Perkins said that building is on schedule for a December completion, and Commonwealth Orthopaedics is not putting any of its own cash behind the development.

With the Northern Virginia deal nearly behind it, Perkins said OrthoVirginia is not actively looking for more mergers or acquisitions at the moment.

“Some other groups may need to decide whether to join us or not, but that wouldn’t be our decision and we’re not in the acquisition mode,” Perkins said. “Even if we were I don’t think anyone wants to be bought.”