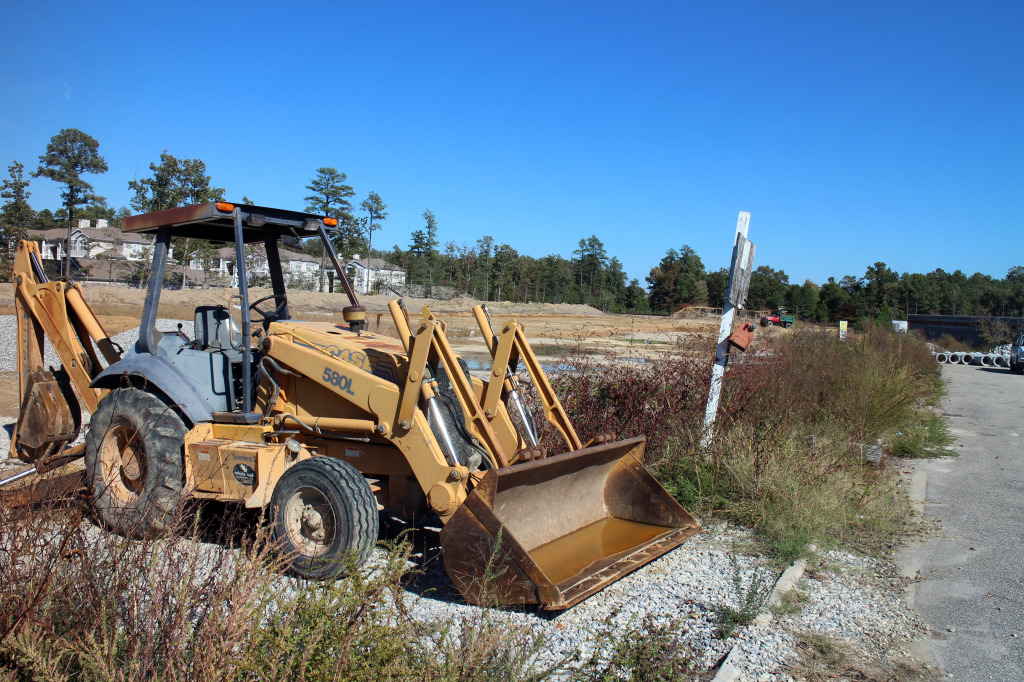 A developer is starting work on an office and retail development in Chesterfield. Photos by Burl Rolett.

As Kroger clears land for a new Chesterfield store, its upcoming presence is already catalyzing at least one new surrounding development.

Cambridge’s project will go up on about 7.5 acres of land that company president David Gripshover bought between the end of 2012 and the first quarter of 2013. 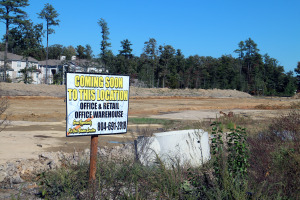 The development will add 77,000 square feet of office, warehouse and retail space near the site of an upcoming Kroger grocery store.

County records show that the 5.1-acre office and warehouse lot sold for $500,000. Gripshover paid $760,000 for the 2.5-acre slice of land fronting Iron Bridge Road where he’ll build the retail development.

“It just felt like the economy was coming back, and prices had dropped to the point where you could make some money on it,” Johnson said. “It’s time to develop it now.”

Johnson did not offer an exact budget for the project, but said Chesapeake Bank is providing the financing. Douglas Bollinger & Associates is the project’s architect, and Townes Site Engineering is the engineer. Cambridge’s own construction company will be the general contractor.

So far, Johnson said, Cambridge has letters of intent for about 40 percent of the industrial space, including commitments from a Turtle Wax distributor, a Washington, D.C.-based internet firm and an engineering company. No leases have yet been finalized.

The retail space is drawing interest from national restaurant tenants, but Johnson would not say which companies in particular were looking. He said the property never attracted interest from those types of suitors before Kroger announced its plans earlier this year.

Kroger revealed in February plans to build a 113,000-square-foot Kroger Marketplace on 22 acres on the west side of Iron Bridge Road. The company bought the land in June for $4.5 million and has begun clearing the site. The new store is scheduled for a September 2015 opening.

The grocer’s 22-acre plot will also be home to Kroger’s first foray into the real estate business in Richmond. The company bought more land than the store will need at the site, property it plans to develop and lease out.

Childers added that the Kroger will also bring another traffic light to Iron Bridge Road, an added plus for potential tenants on either side of the street.

Route 10 is getting a lot of attention these days as an under served and affordable real estate market. WalMart’s choice of WaterMark for its Neighborhood Grocery is particularly intriguing, springing some life in the Ironbridge Road corridor north of Route 288. I suspect more will follow the leaders.