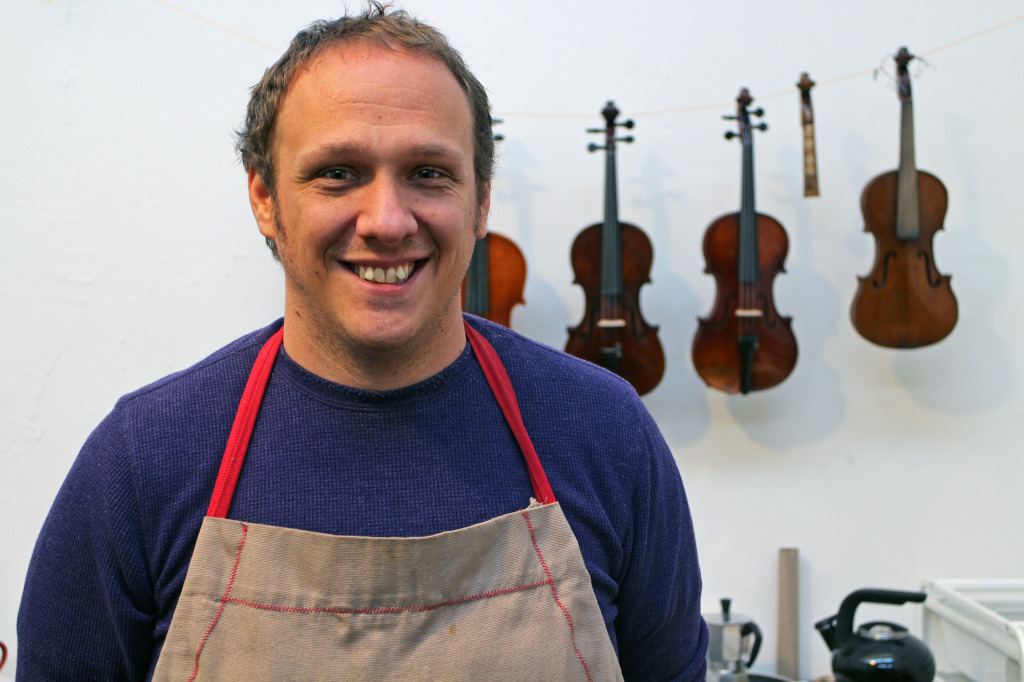 A local luthier has chosen Manchester as the setting for his solo act.

Adam Birce opened Four Strings, a violin repair and restoration shop, at 0 E. 4th St. this summer in the Plant Zero Art Center in Manchester. Birce has a one year-lease on his 800 square feet.

Four Strings caters to professional players who have specific requests and want a more personalized experience.

He said most professional musicians he knows go across the Mason-Dixon Line to get their repairs done, and it was this perceived need in the Richmond area that motivated him to open his own shop.

“As soon as you go south of Alexandria, they just disappear,” Birce said. “Realistically speaking, this is an experiment. Maybe there’s a reason there are no shops in town.”

Birce, 30, graduated in 2007 from VCU with a degree in music. He has played the violin since he was 7 years old and hoped to be a professional violinist. He said he eventually saw more opportunity in repair work. 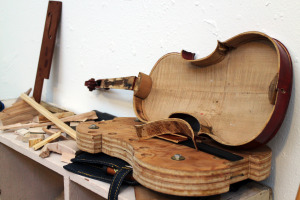 Birce will also do restoration and some retail at Four Strings.

“I thought this was more for me,” Birce said. “This is a better niche.”

Other violin shops in town include Kapeller Violins and Don Leister Violins. Birce left Jan Hampton Violins in January after working there since about 2005.

Birce said he invested $20,000 to open Four Strings, and the cost includes buying specialized tools made in Germany.

Manchester came on his radar at the suggestion of a Divaris real estate broker, and Birce said he found the neighborhood’s atmosphere appealing.

“I intended on setting up shop in Shockoe Bottom or the financial district downtown,” Birce said. “I’ve been in Richmond since 2002, and I remember when I moved here Manchester was just a bunch of warehouses with spray paint on them.”

Prices for repairs vary, but Birce said he typically charges $80 an hour. In addition to repairs, Birce also restores and resells old violins.

It’s a one-person shop for now, but Birce said he may take on apprentices in the future. And he said he doesn’t plan on changing his tune anytime soon.

“I intend on doing this the rest of my life,” he said. “The gentleman who trained me started fixing instruments in Germany when he was 15 or 16, and now he’s 70 and still runs a shop. He’s sort of my guiding light.”