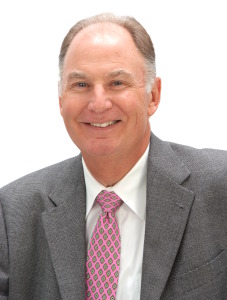 A Richmond-based residential real estate firm is aligning itself with the Oracle of Omaha.

The name change for Prudential Slater is also taking place in tandem with an acquisition by PenFed Realty for an undisclosed amount. PenFed is owned by Pentagon Federal Credit Union and bought into the Berkshire Hathaway brand in July.

That deal and the name change are set to go into effect Feb. 1.

“Berkshire Hathaway’s name is invaluable,” said Jackson, who will become vice president for PenFed’s Richmond operations. “It indicates trust and integrity, the things you’d like small companies to have, but we don’t have the platforms necessary to show that off. But we do now by linking up.”

PenFed is a multi-state organization with more than 50 offices and 1,700 salespeople throughout the country. It will add 45 new agents to its network with the acquisition of Prudential Slater, and Jackson said he expects that number to grow significantly as his company expands under its new name.

Changes for the company will take place gradually and mostly consist of rebranding with some advertising and marketing efforts. It will retain its two current offices, one in Bon Air at 2737 McRae Road, and the other in the West End at 910 N. Parham Road.

Ensuring the future of his company was also a consideration in the deal, Jackson said.

“I’ve been in the business for 40 years, and I need an exit strategy, so this kind of lets me see the light at the end of the tunnel,” he said.

Jackson, 64, signed a contract to work three more years, but said he will probably continue working for five.

Prudential Slater was founded in 1937 by Winfree Slater, was acquired by Jackson in 1992 and began operating under the Prudential Slater James River Realtors name in 1999. Last year, the company closed on 475 home sales, Jackson said.