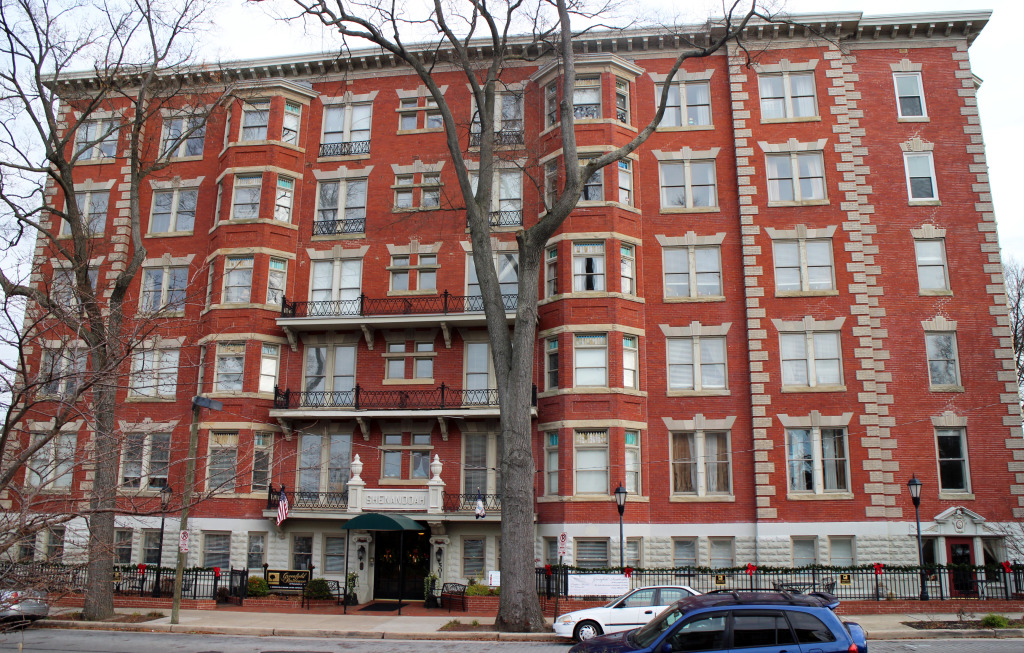 The historic Shenandoah Building on Allen Avenue is under new ownership. Photos by Katie Demeria.

The senior housing industry’s spending spree in Richmond has spread into the Fan.

The Shenandoah Building, a 109-year-old property at 501 N. Allen Ave. that operates as an assisted living facility, has a new owner in place and a big renovation project in the works.

Greenfield Senior Living purchased the six-story property for $2.8 million on Oct. 1 and renamed it Greenfield Residences at Monument Avenue.

Olga Soehngen, a senior director at Greenfield, said the company is working with the Fan District Association and the Richmond Historical Society to plan renovations beginning early next year. The project is expected to cost just over $1 million.

“We’re following a process to ensure that we are maintaining the historical integrity,” Soehngen said. “We fell in love with the historical component of this community.”

The 19,600-square-foot property was previously owned by HeartFields Assisted Living and was one of the first high-rise apartment complexes in the city, said Greenfield’s Director of Community Relations Sara Abott. 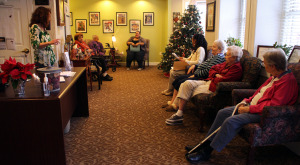 Its years as an apartment building brought some interesting characters through the halls. In the early 20th century, a woman named Ellen G. Kidd occupied the entire sixth floor. She had started a pickle company with her sons, and then left them to run the business while she lived in the Shenandoah Building.

“She was an investor,” Soehngen said. “At that time, (women) were not allowed to own real property on their own. She was famous for her entertaining.”

Greenfield was attracted to the historical aspect of the building, Soehngen said. Work inside, such as restoring the banister on the staircase, will be slow so as to not disturb the current residents, most of whom already occupied the building before Greenfield made the purchase. Brickwork and millwork will start early in 2015.

“A big part of it is getting the outside restored so we still maintain the historic value that it has,” Soehngen said. “One of the challenges with this project was our inability to come in here prior to Oct. 1. It’s been a whirlwind for us.”

Some of the Shenandoah Building’s historic pieces, like its stained glass windows, still remain in some of the rooms. The property was included in this year’s Fan Holiday House Tour.

Plans have not yet been finalized for the renovations, and Soehngen could not say if a construction company has already been chosen to do the work.

The Residences at Monument Avenue support 32 rooms and has the capacity for 64 residents. It features a salon, provides physical therapy and will soon start a “Wellness Office” that offers the services of one on-site physician and nurse practitioner to residents seven days a week. The company is working with HCA Retreat Doctors’ Hospital on that service.

This is Greenfield Senior Living’s 14th location. Started 12 years ago, the company based in Falls Church but has spread to other states, including Texas, Pennsylvania and Tennessee.

Greenfield comes to Richmond just as the area’s assisted living market heats up. A well-known builder is working on a $12 million facility in Chesterfield County, and another pair of companies is building for the first time in the area, as well.