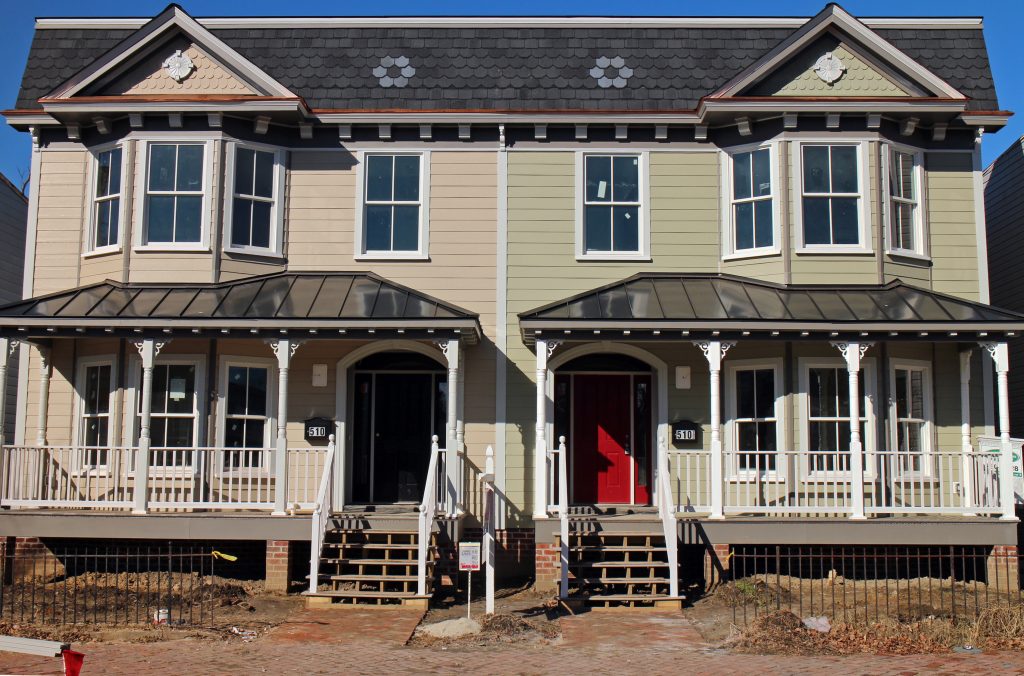 For its latest project, a local development company eliminated a Church Hill eyesore while trying to balance the old and the new.

Seven Hills Construction is nearing completion on two new homes at 510 and 510 ½ N. 31st St., where a run-down, out-of-place house once stood.

With the help of Long & Foster agent Tim Dunkum, Seven Hills Construction purchased the property in May. At the time, the lot was home to a one-story, 1,300-square-foot Cape Cod-style house built in 1950 that starkly contrasted its early 20th-century neighbors that line the street. 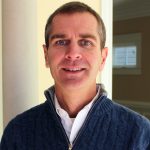 “It didn’t go with the architecture in the area,” Dunkum said.

Seven Hills’ Thomas Smith and Bryan Traylor, along with Traylor’s company Unlimited Renovations, tore down the building and split the property into two lots.

Sitting on the property nine months later are two new, four-bedroom homes each at around 2,750 square feet and listed at $399,950. The two are connected in town house fashion on the property that’s only 0.16 acres.

Neither Dunkum nor Smith would share the cost to buy or develop the lot.

The houses’ facades mimic the architecture of the other homes nearby but use some modern materials to cut down on maintenance. 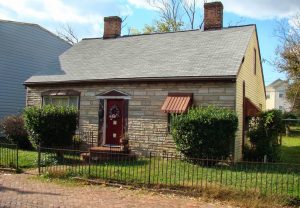 “We wanted it to fit in,” Smith said. “We’re looking to better the community as a whole, and we want to, if it’s new construction, definitely see the history of the neighborhood kept up and not try to introduce new styles.”

The houses have HardiePlank siding, which resembles wood but won’t rot, and shingles with the dimensional scalloped look of old slate but without the associated cost or maintenance.

Seven Hills has one other ongoing project in the works, an empty lot under development in the Southside. Unlimited Renovations is working on a few projects throughout Church Hill.

Seven Hills plans to keep an eye out on other Richmond neighborhoods that it sees as up-and-coming. Smith predicts that other areas like Battery Park or Highland Park could see Church Hill-scale growth in the next 10 years.

“We definitely have our eye on those. But really, the sky’s the limit,” Smith said. “Richmond’s just an ever-changing city.”

Beautiful houses. They’ve manage to incorporate some of the details that seemed to be lacking in other newer construction in Church Hill.

That being said, $400k seems a bit optimistic for that stretch of 31st street.

Wow just the size of the yards and off street parking certainly adds value. Not to mention the width of the homes and two staircases in each home. I’ve looked at homes in the same price range and higher and they have no backyard, no chance of a rear garage and they were “renovated”. They were so much narrower than these new homes. Im glad to see homes being built that raise the bar and promote home ownership. I guess they could have just built rental units instead of these gorgeous homes.

These homes are beautiful and only one block from our new home which was also built by Bryan Traylor and Unlimited Renovations last year. You really should check them out because this builder is the real deal and the best thing that ever happened to Churchill. And while one year later, my husband and I are still impressed by the quality of Bryan’s work, we’re even more impressed that his professional expertise is only surpassed by his integrity.

I too am glad to see that new infills or replacements are being built to replicate the original period styles rather than the horrid Frankenbuildings that were built a few years ago. House prices are going up and as long as they are “new”, younger buyers will pay the price. Too bad when the urban renewal programs of the 1960s-1970s had torn down blocks of houses on and around the 30th Street area that they didn’t also go with this concept rather than suburbia ranchers and like styles.

It’s rare to see new houses designed this well. Kudos to all concerned. That said, they neglected to show a beam underneath the porch roofline. For authenticity’s sake, that should have been expressed even if not structurally required.