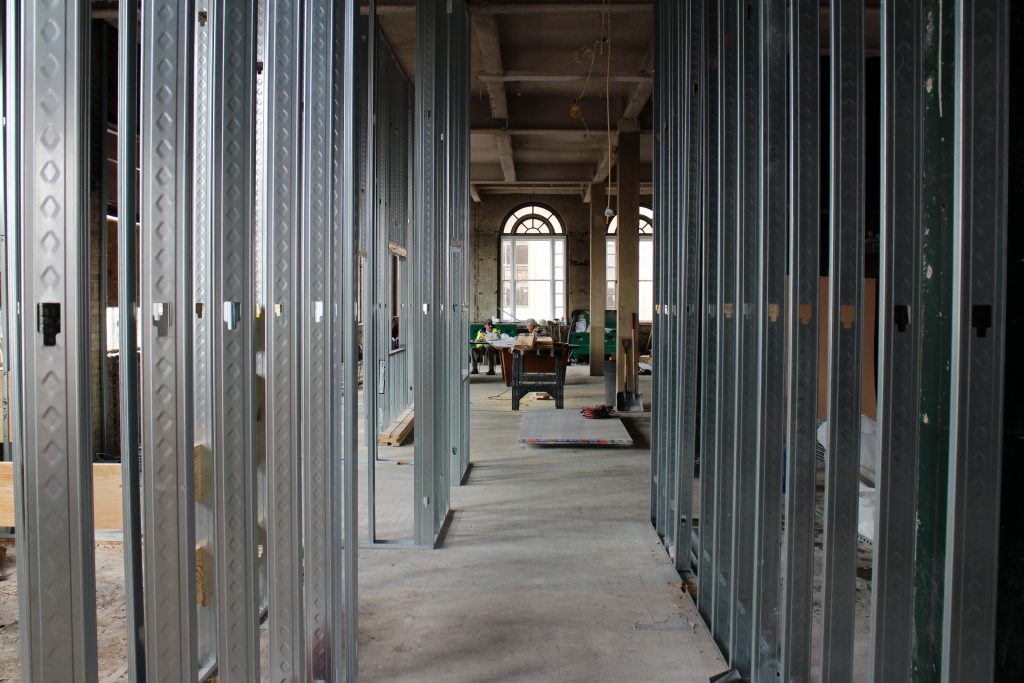 Work is underway at the downtown Richmond Hostel. Photos by Michael Thompson.

A downtown building has begun its transformation into a place for backpackers and tourists.

Construction is in full swing at the Hostelling International Richmond Hostel at 7 N. 2nd St.

Katie Zacherle, Hostelling International’s director of development, said Richmond’s first hostel is slated to open in August. The goal is to be open before September in time for the UCI Road World Championships bike race.

Zacherle said construction on the former Otis Elevators building began in September 2014 and is expected to cost Hostelling International more than $1.9 million. The project is eligible for historic tax credits.

The project’s budget also calls for an additional $500,000 to be raised from donors, about $300,000 of which has already been secured. 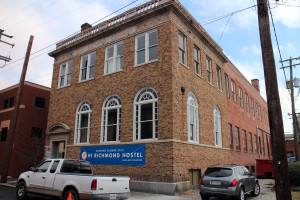 The hostel is expected to open in the fall.

The organization initially had set a $950,000 goal for donations.

“The number has changed as we’ve been able to benefit from various historic tax credit programs and we’ve revived further additional board support,” Zacherle said.

Bruce Shirley of Ratio PC is the architect for the hostel and J.W. Enochs Inc. is doing the construction.

The hostel will have about 50 beds and be able to host about 58 people. Beds will cost about $30 a night.

The space will include a common area, laundry room, fenced-in patio and a kitchen.

Stays will be limited to about two weeks, and most visitors are expected to come from outside a 30-mile radius.

“It’s not intended to be a destination for a couple down the street in Richmond,” Zacherle said.

Zacherle said the organization is projecting 10,000 people to stay in the hostel annually, based on its studies of hostels in other cities.