According to Adweek, the Martin Agency is no longer the lead creative agency for the American Cancer Society. Martin had the account since 2008.

Keat Powell, associate creative director for The King Agency, was chosen to be a judge for the 2015 American Advertising Awards. 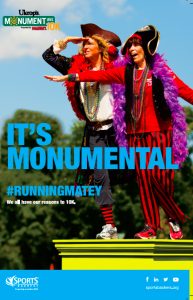 Inbound Central moved its office to 1622 W. Main St. in the Fan. Inbound’s new space is bigger than the one it previously used in The Corrugated Box in Manchester, and Inbound has doubled is staff since launching in 2013.

Big River launched two new advertising campaigns with the Virginia Department of Medical Assistance Services. The campaigns are intended to reach the estimated 300,000 uninsured Virginians who are eligible for financial help on the Federally Facilitated Marketplace.

Planet Central was hired by Weller and Associates Insurance to lead digital and print marketing initiatives. Weller sells agricultural insurance to farmers in the mid-Atlantic.

MediaPost reported that CarMax is searching for a media agency.