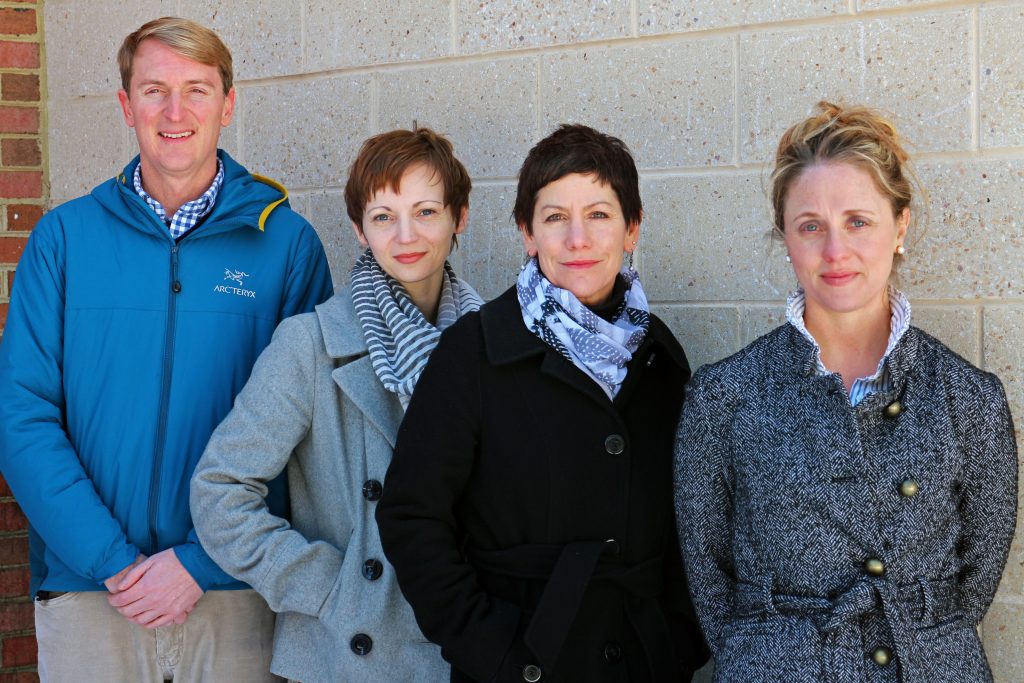 From left: Developer John Nolde III, Heather Grutzius of 510 Architects and Andrea Levine and Kelly Blanchard of One South Realty are working on a new residential project in the Fan. Photos by Michael Thompson.

The Fan is getting another rare dose of new home construction.

The project, called Huntt’s Row, will be built on about half an acre that NCRE purchased this month for $1.05 million. The lot was owned by the Boys and Girls Club of Metro Richmond. The organization had previously left the building that sits on the site.

The former Boys and Girls club office will be demolished once the project gets going.

In embarking on new construction in the Fan, Nolde said he has been encouraged by the success of Citizen 6, a row house development on Floyd Avenue by Bill Chapman. All six of the homes in that project have been sold and were under contract before construction was completed.

“That’s the first new homes or new construction that I was aware of in the Fan,” Nolde said. “After the success of that, it gave us the confidence that there was a market for more new row houses in the Fan.”

Nolde, 44, said construction costs for Huntt’s Row are estimated to be $3.5 million, but the number could vary depending on finishes chosen by homebuyers.

First Capital Bank is financing the project. The Nolde Company Inc. is the general contractor for the job and is owned primarily by Nolde’s father, John Nolde Jr.

At least one other developer is eyeing new construction nearby. Across the Boulevard in the Museum District, Carter Snipes is looking at demolishing an office building at 3410 Cutshaw Ave. to make way for town houses or apartments. 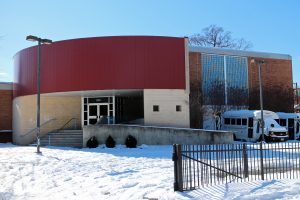 The former Boys and Girls Club office building will be razed to make way for the homes.

Snipes said he plans to apply for a special use permit in the spring to move forward with the development.

He said that when he started looking into the property over the summer, he found an old map that indicated that prior to the Boys and Girls Club building, which was constructed in 1962, there had been houses on the lot.

“It was natural to go back to building homes like you find on that block on Kensington,” Nolde said. “Plus, it was zoned appropriately for residential use.”

The project won’t need a special use permit or rezoning, he said.

The designs for Huntt’s Row will be similar to the surrounding neighborhood and are being done by Richmond-based 510 Architects. The project will be inspired by Albert Huntt, a Richmond architect from the early 20th century, and will be comparable in look to the 2100 block of Hanover Avenue, Nolde said.

NCRE’s other projects have included developing the land where a Wawa is being built near North Laburnum Avenue and Creighton Road. Nolde said he also buys and rents out homes in the Fan.

“The Fan area is extremely popular and the resale market is very good,” Nolde said. “The walkable lifestyle is really key to the success of (Huntt’s Row).”

Construction on Huntt’s Row is expected to begin this summer with the hope that some new residents will be able to move in during the first quarter of 2016.

One South Realty will market the homes for sale. Prices will start out in the $600,000s.

The project will have two sets of four attached row houses. Each home will have three or four bedrooms, up to three bathrooms, backyards and on-site parking accessible by alley. Some homes will have basements or garages.

Nolde said the average row house will be 2,600 square feet and that the two condos, expected to come later, will each be about 1,200 square feet.

He plans to begin accepting offers from prospective homebuyers in the spring.

for more information, please visit http://hunttsrow.com. We expect to be having information sessions with prospective purchasers and their representatives towards mid March.

The Nolde family has been building fine homes in the Richmond community for years. John III will be carrying on the legacy at this outstanding location. I understand the Fan District is embracing his concept. It’s also great to see that the Boys and girls Club is using their resources in communities wig greater needs for their services such as the east end and south side.