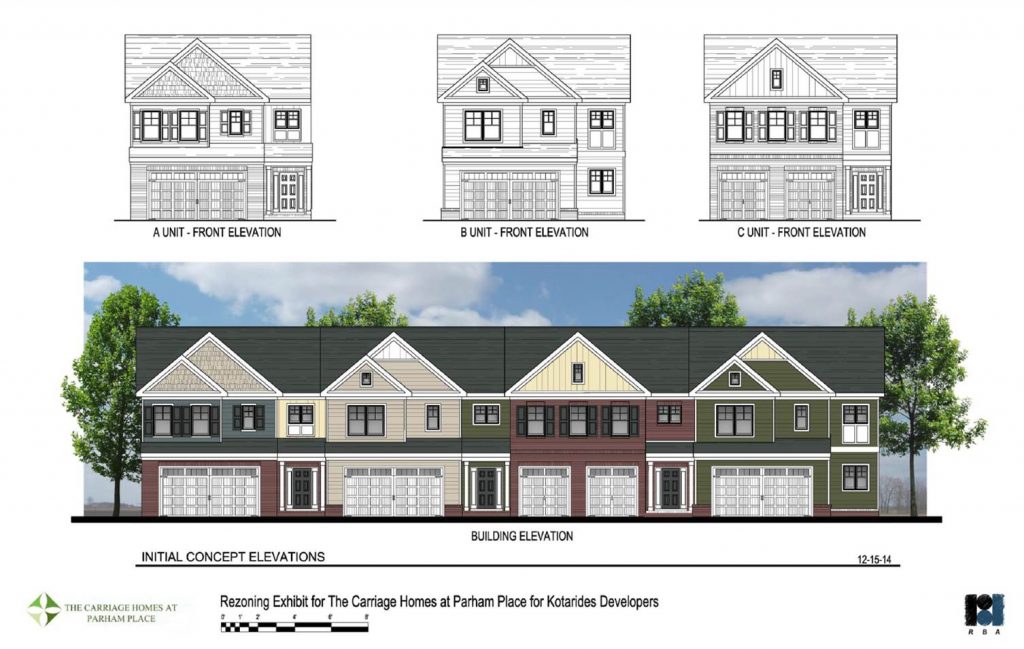 A standout office building in western Henrico County could be getting new neighbors.

Nearly 200 townhomes are proposed for wooded land that partially encircles the SunTrust building at 7818 E. Parham Road, just east of its intersection with West Broad Street.

The project, proposed by Virginia Beach-based developer Kotarides Builders, would comprise just more than 31 acres, with a density of nine homes per acre.

A request to rezone the land from office to residential use received the county Planning Commission’s endorsement earlier this month. The project is scheduled to go to county supervisors March 10.

Hirschler Fleischer attorney Jim Theobald is representing Kotarides, which has built apartments and condominiums primarily in the Tidewater area. In Richmond, Kotarides is behind the Belmont at Chesterfield Towne Center, a 17-building, 368-unit apartment complex just north of the shopping mall.

Theobald said the property – three parcels at 7814 E. Parham Road, 2601 Hollybrook Ave. and an unspecified address consisting of about 4 acres – has proved challenging for developers in the past. Ideas for apartments and other uses have been pitched over the years. 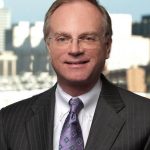 Theobald said the townhomes envisioned would be a good transitional use between the office building and nearby single-family homes along Hollybrook Avenue.

“We came up with a nice plan and worked hard with county staff and that district’s supervisor,” Theobald said. “And I think we have a plan that works for everybody.”

He said several Hollybrook Avenue residents spoke against the proposal in the commission’s public hearing. Their concerns included traffic around their street – which runs along one side of the proposed neighborhood – from new residents.

Theobald said the development would only be accessible by way of Parham Road, except for a gated emergency access on Hollybrook.

If approved by county supervisors, the townhomes would each average 2,000 square feet, with a minimum of 1,800 square feet. Theobald said each unit would have two-car garages and prices would range in the upper $200,000s.

Kotarides would be the builder-developer on the project. Theobald said he didn’t know the project’s overall cost or how it would be financed. County records show the property was purchased in 2012 by Garnet Hollybrook Avenue Real Estate LLC for $1.4 million. Kotarides is in the process of purchasing the land.

A representative for Kotarides could not be reached by Thursday evening.

The developer might want to work to buy or help redevelop the London Town Apartments next door. Who wants to buy a town home that is next to a complex that declining residential values and increasing crime issues.