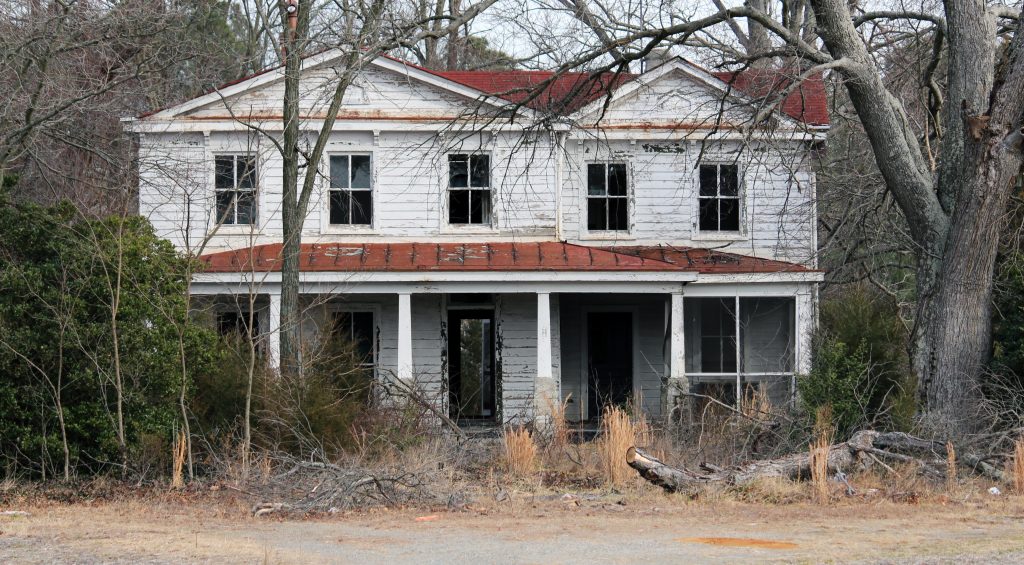 A run-down, century-old Mechanicsville house could soon give way to suburban development.

Built in 1913, the abandoned structure at 9618 Chamberlayne Road is up for demolition as part of a plan to build 40 single-family detached homes on about 12 acres in Hanover County.

The project, proposed by Henrico County-based Prospect Custom Homes, would also include a two-story, 24,700-square-foot office or retail building that would front Chamberlayne Road, with the subdivision stretching back behind it, according to a rezoning request submitted to the county.

The property is located on the east side of Chamberlayne, just south of the Henry Volunteer Fire Department Station 6, between the Royal Glen and Crown Colony neighborhoods and north of the Hanover Commons Shopping Center.

Through Chamberlayne Road Associates LLC, Prospect Custom Homes initially proposed the development last year as 73 town houses. Feedback from a community meeting prompted the project to be scaled down, said Williams Mullen attorney Preston Lloyd, who is representing the company.

“It was clear it wasn’t a good fit for the community,” Lloyd said.

Lloyd said the original plan was near the maximum density recommended for the property in the county’s comprehensive plan. This latest proposal is about half that density at four units per acre. 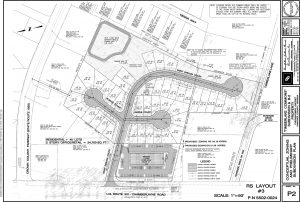 The LLC bought the land in 2007 for $400,000 from William Berkley, according to county records. The registered agent listed is Joe Audi, owner of Prospect Custom Homes.

The developer has submitted a request with the county to change the tract’s 10-acre partly agricultural zoned section to single-family residential and the office building site to community business district.

Its most recent request went to the county Planning Commission in February, but the commission deferred the issue to its next meeting in March to allow for several concerns to be addressed.

Those concerns include a request by county staff to relocate a sidewalk that would connect to an adjacent neighborhood, more detailed plans for required common areas and an additional proffer regarding the historic house.

That condition would require the developer to publicize its plans to demolish the house in order to alert anyone interested in salvaging materials. The firm would also have to allow county staff to document the building’s historic features.

The two-story house is listed on the county’s historic survey, but a staff report notes it is in “such poor condition that the applicant has indicated that it will be removed from the property.”

The Planning Commission also had concerns about clarifying a minimum house size. Gretchen Biernot, a senior planner with Hanover County, said the developer has since submitted a minimum size of about 1,400 square feet.

Prospect Custom Homes has built dozens of subdivisions throughout the Richmond area, including Harrowgate Meadows in Chester and Bayhill Pointe in Midlothian.

As for the office or retail building, Lloyd said the developers don’t have a tenant lined up yet and won’t decide on design or builder until that has been settled. He said a construction timeframe for the overall development has not been determined.

“We don’t yet have a conceptual plan for that building because it will depend on the needs of the potential user,” he said.

Biernot said the county is reviewing the latest plans. The next Planning Commission meeting is scheduled for March 19.

I authored this deal many years ago when employed by Prospect and this house was in terrible shape then and it is probably worse now. The sidewalk idea seems like a sidewalk to nowhere?