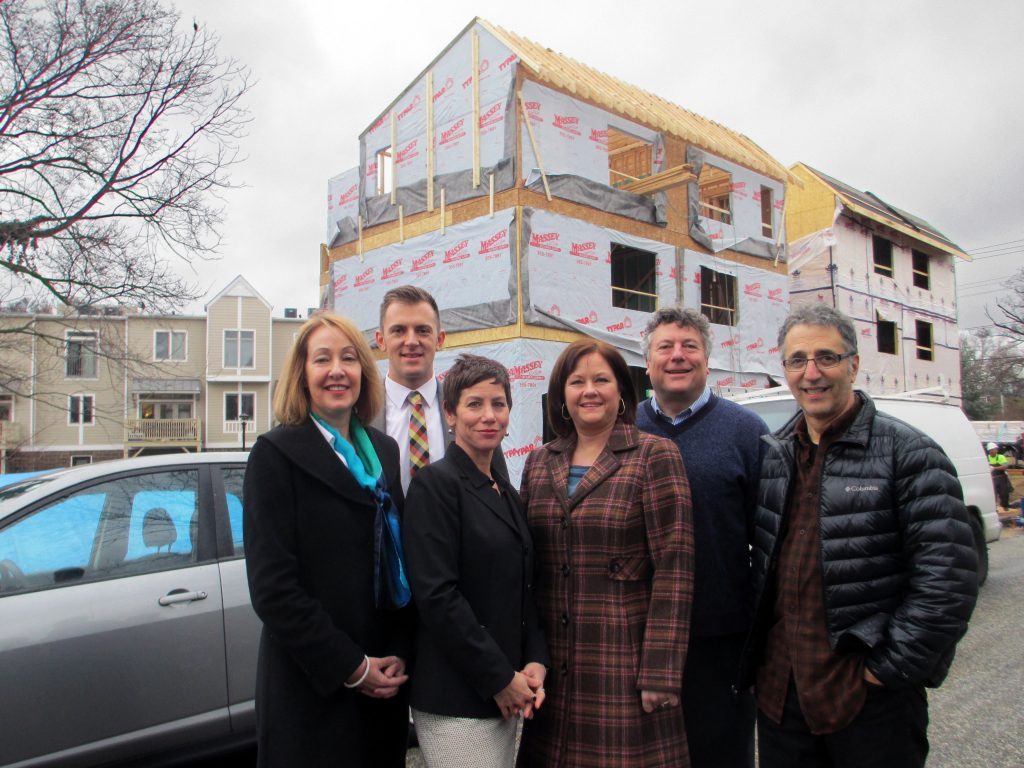 A townhome development just south of VCU is entering its second and final phase of construction.

Richmond’s own TriBeCa – a cluster of brownstone three-story homes on the easternmost edge of the Randolph neighborhood – has begun work on six more units, with nine additional detached homes planned next year.

The Lower Manhattan neighborhood’s name is an acronym for Triangle Below Canal Street, and its Richmond counterpart is short for Triangle Below Cary Street. Its inspiration is a triangle of land that is bordered by South Harrison Street and Grayland and Idlewood avenues.

Local architect Dave Johannas of Johannas Design Group and broker Tom Rosman of One South Realty Group are the developers of TriBeCa through Pyramid Richmond Properties.

Rosman and Johannas said they first zeroed in on the property – about 1.7 acres of previously vacant land – in 2004. Johannas said about 80 percent of the homes in Randolph were torn down in the 1970s during an effort to revitalize the neighborhood. 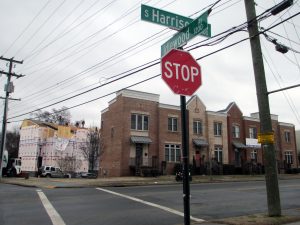 Once completed, TriBeCa will serve as a Harrison Street gateway to Richmond’s Randolph neighborhood, just south of Cary Street and VCU.

“There was a lot going on in the Fan, but Cary Street (southward) was pretty dicey,” Johannas said. “We like dicey stuff, so we came here.”

The first phase of the project, finished about seven years ago, built a set of attached townhomes along the eastern side of the 400 block of South Harrison Street.

The second phase will add more homes behind those, with completion expected by early summer. A final cluster of detached homes along the west side of Harrison Street will come in 2016.

Rosman said the second round of development is projected to cost about $2.2 million, with financing provided by First Capital Bank. KBS is the builder and general contractor. The project has included infrastructure improvements such as sewer and water extensions and other site work.

Johannas said the Richmond Redevelopment and Housing Authority was involved in the project in terms of transferring the land and helping with various site approvals and coordination with the neighborhood.

Two of the new TriBeCa units will be affordable housing units, Johannas said. While affordable housing projects often involve some form of tax credit, he said TriBeCa is not part of a tax credit program. He said the company would help direct qualified buyers to available grants for down payments. 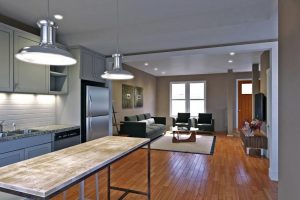 A rendering of the first floor of one of the three-story townhomes, which will vary between three- and four-bedroom units.

“The affordability thing is really important.” Johannas said, “We’re always trying to find ways to provide housing for the city’s workforce. Hopefully this will be a good opportunity for people to find some affordable housing.”

Prices for the affordable housing units have yet to be determined. Johannas said the units would be limited to buyers whose incomes are 80 percent or less of the median area income.

Johannas and Rosman said they think the homes will appeal to buyers looking for convenient access to the city’s urban core. The site is just south of VCU, next to Hollywood Cemetery and in proximity to riverside bike trails and boat access.

Pointing to the triangle directly across Idlewood, Johannas said, “This side right here is a really nice retreat, and it’s still close to the city.”

In addition to TriBeCa, Johannas Design Group’s portfolio includes The Mews at 1708 W. Cary St., The Reserve Condominiums at 9 N. 25th St., The National Theater and The Daily, Deco and Stuzzi restaurants.

Construction on two buildings that will consist of two townhomes each is currently underway at Idlewood Avenue and Dobson Street. A third pair of townhomes on Wallace Street will follow, and the nine detached homes along Harrison will wrap up the project. Johannas said all units are expected to be on the market by next spring.

You can learn more at TribecaRVA.com

No mention of the Idlewood roundabout? That should be starting construction this summer.

Tremendous news from my from my friendly competitor Tom Rosman! He and David Johannas have made terrific contributions to the fabric and skyscape of the City. It’s good to see another empty lot become a home for new residents of the city and increased tax base for our community’s benefit.