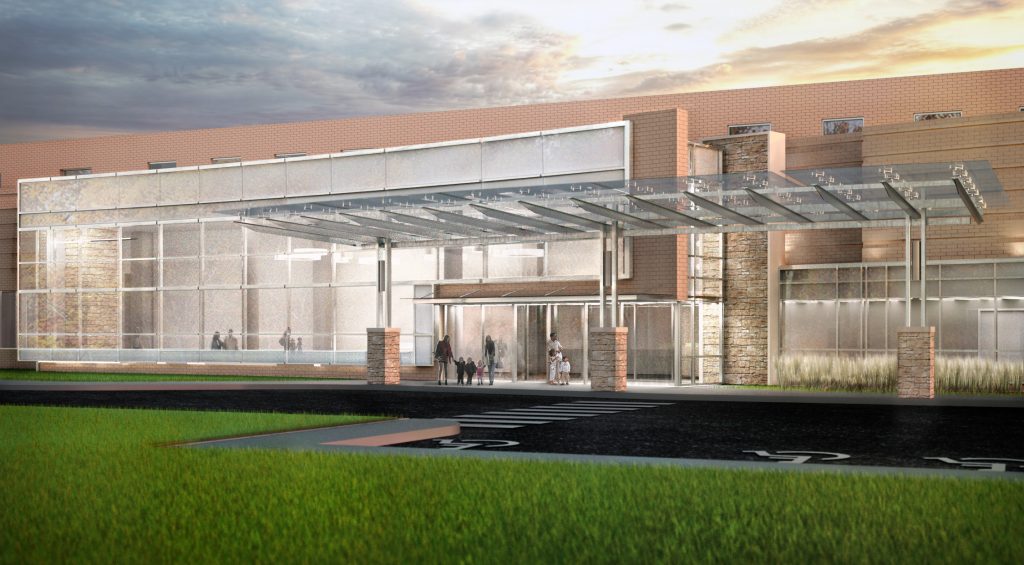 A local hospital is preparing to kick off a big two-year project to upgrade a portion of its facility.

Henrico Doctors’ Hospital, at 1602 Skipwith Road, will start expanding and renovating its women’s center this summer. With a 22-month construction period, the work should be finished around the spring of 2017.

The project will expand the size of the 120,000-square-foot building by 18,000 square feet. Hospital COO David Donaldson said it is too early to share the total cost of the work but that it will be a multimillion-dollar undertaking.

“We are the largest OB-GYN hospital in Central Virginia,” Donaldson said, citing total births per year. “We really differentiate our program by quality and the patient outcomes that we have, and we’re really doing these aesthetical upgrades to keep up with the volume of growth and to help with healing.”

Donaldson said the organization has been working on securing funding and support for the work over the last two years.

Gresham, Smith and Partners is the architectural firm designing the expansion, and Brasfield & Gorrie is the general contractor. It is currently seeking bids from subcontractors and suppliers.

Most women’s services are scattered throughout the hospital, Donaldson said. The upgrades will consolidate them all into one tower that will support about 300 employees.

Creating privacy for patients in the center is one of the ultimate goals of the project, Donaldson said. The hospital’s 20 neonatal intensive care unit beds and 20 progressive care nursery beds are now in a ward-style setup.

The renovations will give each bed a private room, with specific spaces for twins, triplets and quadruplets, as well. The center performs more than 3,800 deliveries a year.

“One of the key elements of neonatal healing is having a quiet environment for that healing process, so we’ll be providing rubber flooring and finishes that will help support that,” Donaldson said.

The aesthetical upgrades include providing a separate entrance to the hospital specifically for the women’s center, building a new lobby and remodeling the post-labor and delivery areas with higher-end finishes.

“We don’t want it to be a harsh environment, so we’ll have a lot of softer forms in the lobby,” said Tommy Ladd, the hospital’s in-house architect. “There’s been a lot of literature and studies done on colors and their impact on the healing environment.”

New rooms near the lobby for community classes are also part of the planned expansion.