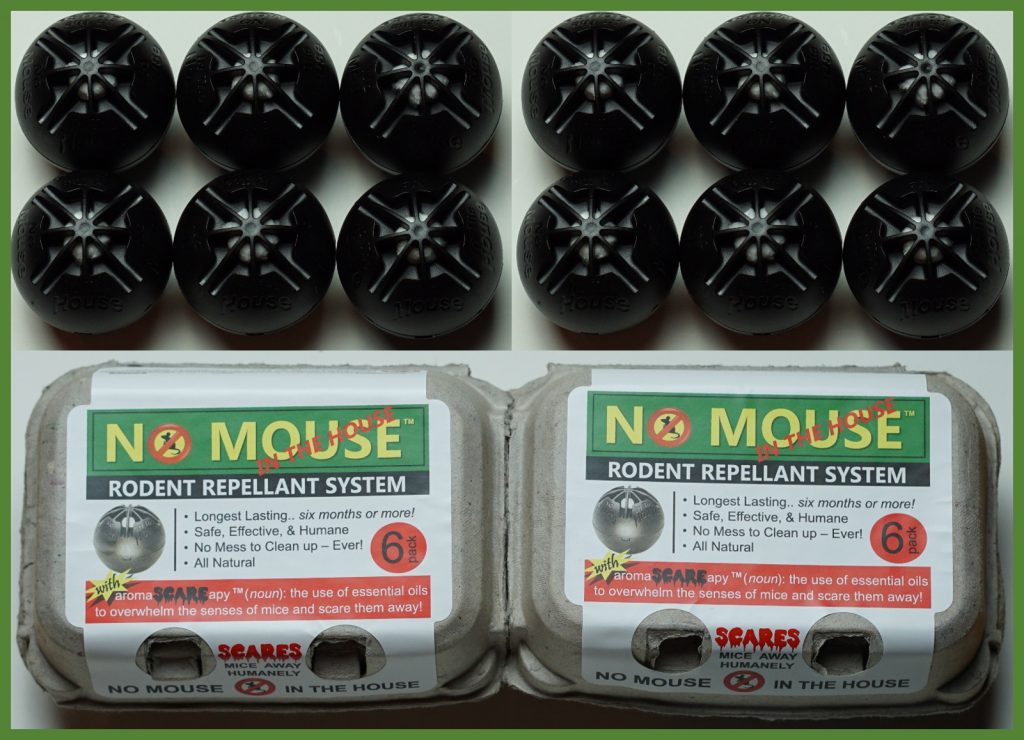 Two entrepreneurs have begun to sell a mouse-repellant product. Photos courtesy of No Mouse in the House.

A real estate appraiser and VCU professor want to capitalize on your rodent problem.

Glenn Willoughby and Gary Atkinson recently launched No Mouse in the House, a peppermint-scented mouse repellent that they began selling in January.

The pair does business through an LLC called Simpletek and has a patent pending for its product. The company also trademarked its approach as “Aromascareapy.”

The idea for No Mouse in the House was born of necessity.

Willoughby said he lives in a 65-year-old house in the West End that had become overrun with mice.

“There were mice on the counters in the evening,” he said. “(One mouse) wouldn’t budge. I said, ‘Hey, dude, I pay the mortgage.’”

Willoughby said it was unpleasant to find live mice stuck to adhesive paper traps. He eventually tried dabbing cotton balls with peppermint, which were effective for about two weeks before the mice would return and use the cotton for nesting.

With the peppermint idea in mind, Willoughby went to the 2010 Concept Camp, a Virginia Tech-sponsored business retreat, where he brainstormed ideas and practiced the pitch for his business. 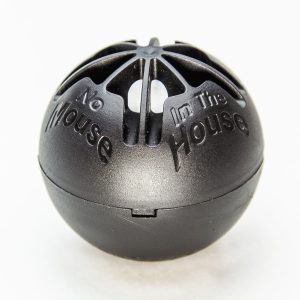 The pods slowly release a peppermint smell believed to be unpleasant to mice.

He returned to Richmond on a mission to find a business partner.

“They said, ‘The first thing you need to do is to get an engineer,’” Willoughby said.

“I didn’t know him until I walked into his office,” Willoughby said. “He said, ‘Oh yeah, you’re the mouse guy.’ Five minutes later, he’s got that engineer brain going and we’re business partners.”

They eventually came up with a design for the product: a golf ball-sized plastic ball that contains peppermint oil. The scent is slowly released through a wick and is expected to be effective for up to six months.

Peppermint is said to be unpleasant to a mouse’s keen sense of smell.

“Not all peppermint oil is created equal,” Willoughby said. “We use a blend of them that has a special aspect.”

The pods are manufactured by PDQ South in South Carolina and then assembled by Willoughby and Atkinson in Richmond.

To date, Simpletek has manufactured the pieces for 10,000 units and has assembled about 1,200. It has sold a few dozen packages of varying sizes at St. Stephen’s Farmers Market and online, Willoughby said. Four pods cost $20, and a set of six costs $25.

Willoughby said he hopes to eventually get No Mouse in the House on retail store shelves as well as on Amazon.com.

“If you can deliver that continuously over time, you can get the proverbial perfect mouse trap,” Willoughby said.

Thanks for the article! We’re excited about this new product and are finding out that others are also. The article did not mention the website so I thought I’d share that (NoMouseintheHouse.com)