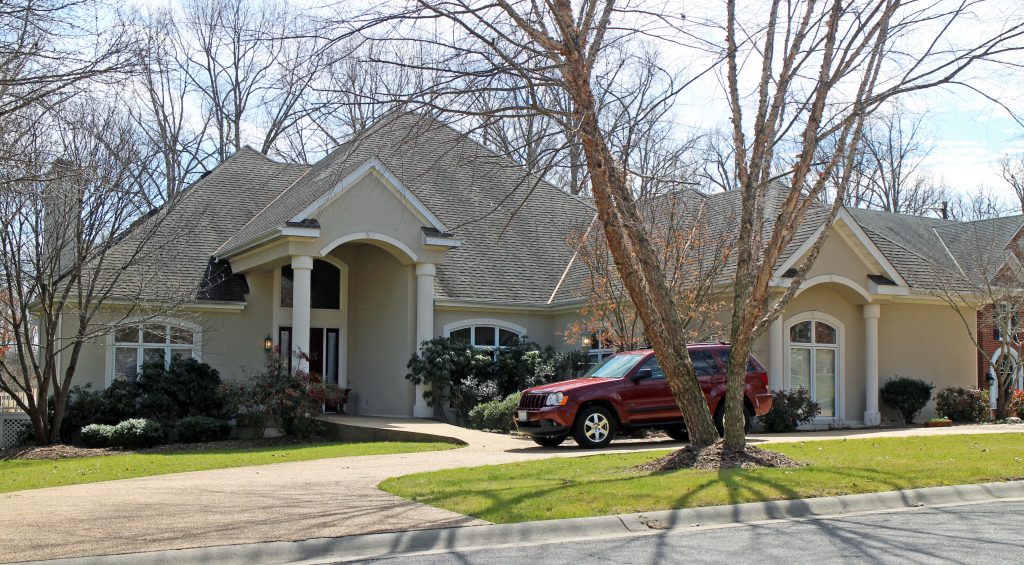 The former governor and first lady have put their house, at 5913 Leabrook Way, on the market. Photos by Jonathan Spiers.

The Glen Allen home of disgraced former governor and first lady Bob and Maureen McDonnell is on the market.

Their nearly 6,000-square-foot house at 5913 Leabrook Way went on the market on Wednesday and is listed at $944,000. It backs up to the sixth fairway of the Dominion Club golf course in Wyndham’s Cherry Hill neighborhood. Catherine Noonan of Long & Foster is the listing agent.

The two-level home was built in 1997 and has six bedrooms and 5½ bathrooms. It has two first-floor bedrooms, one of which has an attached bathroom with wheelchair accessibility. There are master bedrooms on both floors.

Noonan said the home has features put in by the original owner, who had a child with a disability. The home is designed with no steps at its entrance, a ramp to a rear deck, as well as other design adjustments like lower light switches and wider doors. 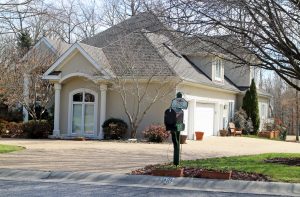 The home was built in the late ’90s and has six bedrooms and 5½ baths.

“This home would fit a variety of lifestyles,” she said. “If someone needed to have a lot of first-floor living, or had a parent that needed to have their private area on the first floor, or someone that just wanted to age in place and know they didn’t have to do steps.”

Noonan said she sold the house to the McDonnells in 2006 and has maintained an ongoing relationship.

“This was the time that worked for them,” Noonan said of the couple’s decision to list the house.

The McDonnells were convicted last fall on public corruption charges for accepting bribes totaling $177,000 from a local businessman while Bob McDonnell was in office. The former governor was sentenced in January to two years in federal prison, and Maureen McDonnell was sentenced last month to a year and a day in prison.

The convictions made McDonnell the first Virginia governor to be charged and convicted of a crime. Both Bob and Maureen McDonnell recently filed appeals.

The gift bribes came from Jonnie Williams Sr., then-CEO of Star Scientific, a Glen Allen-based company that produced, among other things, a dietary supplement that Williams was promoting. The company has since changed its name to Rock Creek Pharmaceuticals Inc. and is now based in Sarasota, Florida.

Noonan said she doesn’t expect the house to attract more interest because of its owners’ public profile. The house’s unique features and location are what will sell it, she said.

“I don’t think it’s the name at all,” Noonan said. “I think it’s more of there’s such low inventory of this location, style, amenities of this type of home that that’s what the interest is.”

Wyndham is a fabulous community and has continued to pull in appreciative value, regardless of the economic downturns or fluxes in the housing market. The Dominion Club located near the entrance to Wyndham is the “crown jewel!”

The Executives I work with through Relocation have also found other communities just as appealing. Take a look at these Luxury Properties in RVA and see for yourself where you’d also like to call Home, for our savy & oh, so posh property owners!