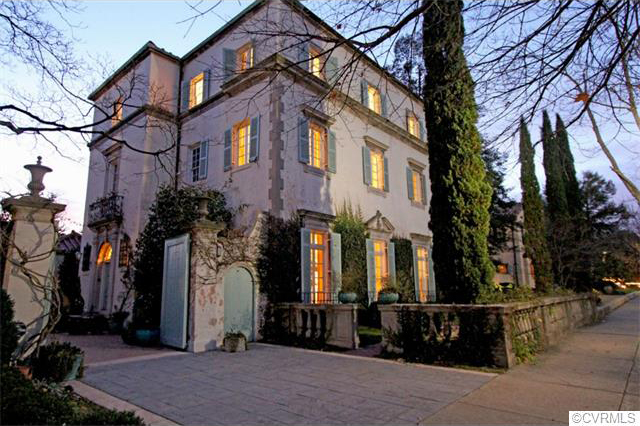 The home at 2315 Monument Ave. was sold last month. Photos courtesy of CVRMLS.

A Mediterranean-style mansion at 2315 Monument Ave. and a condominium in Monument Square were among the top five highest-priced residential sales in the Richmond market last month, according to the Central Virginia Regional Multiple Listing Service.

The 7,600-square-foot residence at 2315 Monument Ave. sold Feb. 23 for $2.22 million, topping the list of the region’s home sales for the month. The property was listed Dec. 15 for $2.19 million by Ceci Amrhein-Gallasch and Lacy Williams of Joyner Fine Properties.

Built in 1924, the three-level mansion has 24 rooms, seven bedrooms and four bathrooms. The stucco-sided building was designed by noted architect William Lawrence Bottomley. 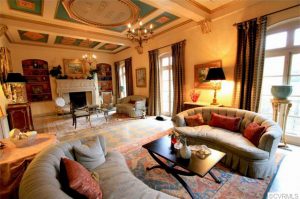 The sellers were Thomas M. and Susan W. Eckis. City records list the buyer as Seattle, Washington-based Bosco LLC. The registered agent for the company is Julie L. Cordell, according to information from the State Corporation Commission.

The quarter-acre parcel and home were most recently assessed by the city at $1.43 million.

The mansion features a grand foyer with curved staircase, a KDW Home-designed kitchen intended for a professional chef, a library with arched bookcases and ceiling modeled after a Roman art gallery, and a formal dining room with a beamed ceiling and terracotta tile floor.

Other features include an outdoor courtyard with a reflecting pond and a four-car garage.

The other Monument Avenue home to make the top five was a 3,300-square-foot condominium in Monument Square, catty-corner from Willow Lawn. The three-bedroom, two-bath home was listed Nov. 4 and sold for $1.19 million on Feb. 27, below its list price of $1.25 million.

The historic street had three of the top five home sales last November.

Rounding out the top five were: