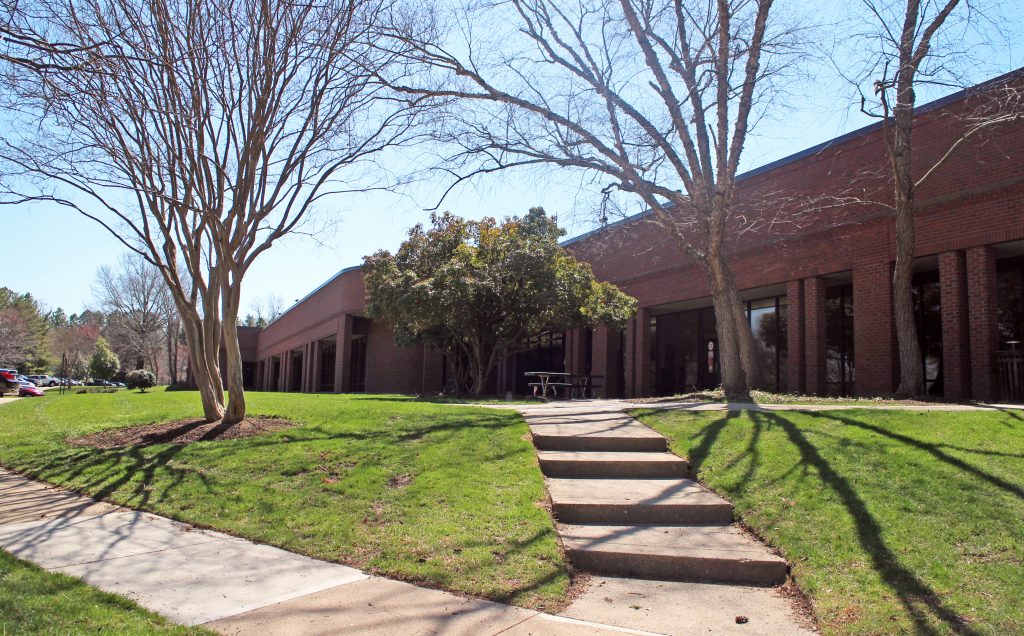 The Virginia Center Technology Park was one of the properties recently sold to a New York firm. Photos by Katie Demeria.

Just as one company exits the Richmond market, another has swooped up its portfolio and settled into the region for the first time.

The properties consist of 19 buildings and 827,925 square feet of office and flex space; they mark Baker’s first move into Virginia. The company will establish a Richmond office and operate as Baker Properties – Richmond Limited Partnership.

“This is a long-term ownership and expansion play for our company, and we are very – I can unequivocally say – very excited about being here,” Baker Properties President Philip King said.

According to a news release, First Potomac Realty Trust’s decision to exit the Richmond market “is a continuation of First Potomac’s capital recycling plan, which is focused on disposing of non-core properties and reinvesting in high quality, multi-story office buildings in the Washington, D.C. region.”

Baker Properties, a division of the Baker Cos., closed the sale on March 19. The purchase comprises the Virginia Center Technology Park and Park Central in Henrico County; Chesterfield Business Center, Air Park and Pine Glen in Chesterfield County; and Hanover Business Center in Hanover County.

The occupancy rate for all six business parks is about 82 percent, according to King, with about 75 tenants. CBRE|Richmond is handling leasing for Baker.

“This opportunity really presented itself as a way to expand and grow within the mid-Atlantic region,” King said. “The economic incentives of doing business here in the Richmond area are extensive.”

With most of its current portfolio in the New York tri-state region, King said Baker has been looking to move south for about five years. The company also looked in Charlotte, North Carolina, even going as far south as Charleston, South Carolina.

“There are a lot of opportunities, and frankly the biggest key is the people that we have met and that are actually on our team now,” King said. “They’re local, they’ve grown up in Richmond, and they know the market.”

Baker plans to focus first on stabilizing its newest Richmond assets, but King said the company is interested in possibly purchasing more properties or working on new developments in the future.

“We feel as though this is definitely a region of growth,” King said.

Baker Properties was formed almost 50 years ago as a privately held family business. The company manages a portfolio of 41 commercial properties totaling 3.49 million square feet, and since its inception has developed more than 10 million square feet of warehouse and flex space.