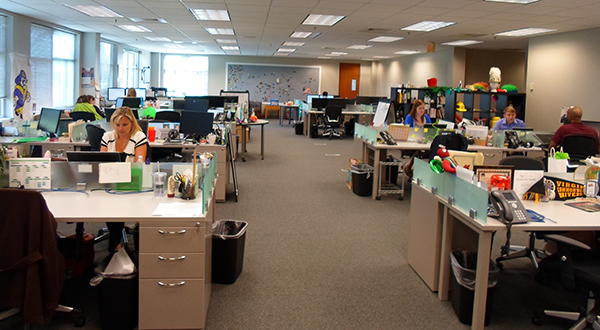 Compare.com is based out of Innsbrook. Photo courtesy of Compare.

A recently rebranded Richmond company has paired with Google on its launch of an insurance shopping site.

Founder and CEO of Compare.com Andrew Rose said a Google executive approached him last year about working together to expand the market for auto insurance comparison shopping.

“We share a general desire to change how U.S. consumers shop for auto insurance,” Rose said. “(The conversation) centered around how that might be expedited to our mutual benefit.”

Compare.com, formerly Comparenow.com, is headquartered in Glen Allen and lets users compare auto and other types of insurance quotes. The 45-person company makes its money from a referral fee charged to whichever of its 48 insurance carriers sells a policy through the website.

Rose, a former Elephant Insurance exec, said auto insurance is a $180 billion industry and that each year about a third of U.S. consumers go shopping for a new carrier. Rose said that means there’s $60 billion a year in insurance premiums up for grabs. Of those shoppers considering buying a new policy, only a third end up going through with it, Rose said.

“That still means there’s about $20 billion of premiums in play,” he said. “There’s an enormous opportunity for us to change how consumers shop. What is fantastic is that U.S. consumers are already conditioned to comparison shop for so many things.” 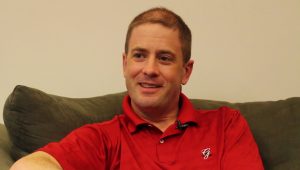 In March, the Silicon Valley juggernaut rolled out Google Compare, an auto insurance quote comparison tool. While the company already had advertising relationships with insurance companies, it also reached out to a number of sites like Compare.com to bolster the breadth of its quote comparisons.

“We effectively partner and provide them rates for consumers that originally go on Google’s site,” Rose said.

A Google spokesman wouldn’t comment on the company’s partnership with Compare.com. Google is expected to make its insurance shopping service available outside of California later this year.

Rose would not go into details about the terms of the arrangement.

The partnership with Google is just the latest boon for the Innsbrook-based company. Last year, Compare.com added employees, office space and new investors.

In February, the company bought the domain name Compare.com and left behind its original CompareNow.com brand. Rose said the company had originally wanted to go by Compare, but the name wasn’t available when the site launched in 2012.

He wouldn’t say how much it cost to drop the three letters from the company’s name, but he did say that URLs in high demand don’t come cheap.

For Rose and the company, the new domain was a long-term investment.

“We knew that we were going to spend hundreds of millions on advertising each year, so we made the decision to acquire it,” he said.