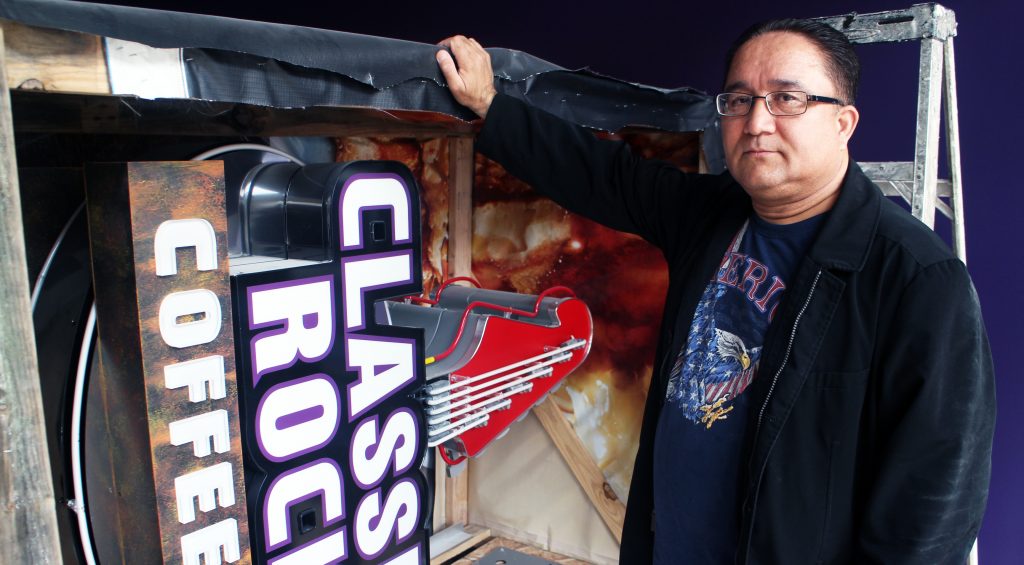 A first-time coffee shop owner is taking on the world’s biggest coffee chain with a location near VCU.

David Monis plans to open a Classic Rock Coffee franchise at 1322 W. Broad St. on May 1. He has leased 2,450 square feet on the first floor of a three-story apartment building.

A former government worker, Monis said his desire to own a business and love of coffee led to his buying into the Missouri-based franchise.

“I used to drink Starbucks,” Monis said. “Since I tried Classic Rock Coffee, I forgot all about the others.”

It might be hard for Monis to forget Starbucks now. The brand has a location 200 feet west of where he plans to open his cafe. Less than a mile in the other direction, there’s another Starbucks at the VCU Barnes and Noble on Broad Street and two more elsewhere on VCU’s Monroe Park campus.

“If I was thinking about that, I wouldn’t have leased the shop,” Monis said. “There will be a little competition, but that’s good for the market.”

Monis’ Classic Rock store will be the brand’s second to open on the East Coast. Kent Morrison started the company in 2011 and began selling franchises in 2014. There are six Classic Rock Coffee locations open across the U.S., Pakistan, Nigeria and Bangladesh. Eleven more locations are in the works in the states, Europe, the Middle East and India.

In addition to espresso and coffee, Classic Rock Coffee will sell salads, sandwiches, pastries and smoothies. Classic rock music will set the ambience at the cafe, the walls of which will be lined with electric guitars and vinyl records. Monis said bathrooms will have a black lights and glow-in-the-dark art.

Monis said he thinks it will cost nearly $300,000 to get his Classic Rock Coffee open. He said he is financing the venture with help from Bank of America and he plans to hire 14 employees.

He said he hopes his large coffee bar and pour-over coffee, an older brewing method that’s become popular among connoisseurs, will help set the shop apart.

“Making pour-over has a technique,” Monis said. “We make it the way it’s supposed to be made.”

Does anyone remember Yapple Yogurt when it opened next to Sweet Frogs in Carytown ?

This is a great idea! What could be better than drinking unique pour-over coffee and chilling with my portable device while Foreplay/Longtime is mainlined to my eardrums? Between the coffee and the screaming guitar of Tom Scholz my days will be starting with a pleasure center over-load!

Hey Morton! Have you had a chance to drop by the store yet?

Nice Brian. Spot on example for sure.