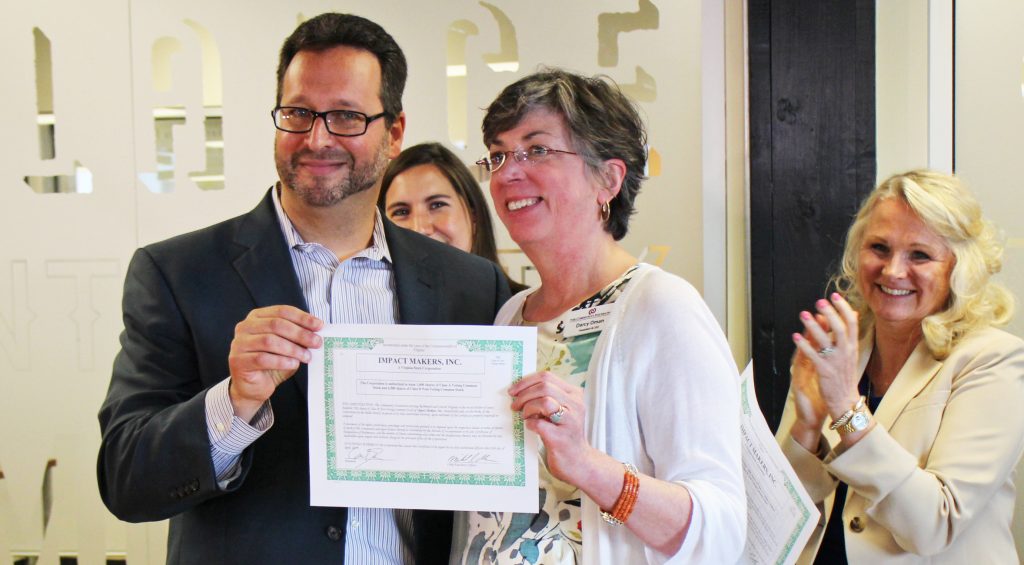 A Richmond company’s philanthropic efforts have resulted in an unusual gift: It has turned over full ownership of itself to two local nonprofits.

Impact Makers, a local IT and management consulting firm based in Scott’s Addition, announced Tuesday that it has transferred 100 percent of the company’s equity ownership stake to The Community Foundation and Virginia Community Capital. The transaction is a formalization of a commitment CEO Michael Pirron made when launching Impact Makers in 2006.

“The challenge I had early on was how do you get people to take ownership without giving any ownership?” Pirron said. “We had from the beginning made a commitment to gift the ownership, to have the equity of the company, the value of the company, go to charitable organizations in the community.” 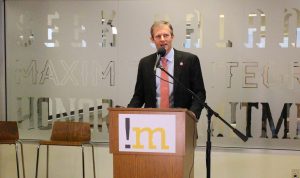 The Community Foundation now controls 70 percent of the stock of Impact Makers. Virginia Community Capital has 30 percent. The nonprofits’ stakes do not include voting rights, and Impact Makers’ board of directors will remain intact to govern the company, including providing financial oversight.

Rodney Willett, Impact Makers’ vice president of business strategy, said the assets the nonprofits received are currently considered illiquid. The idea is that over time, as Impact Makers grows, those shares would be worth more and can eventually be liquidated through the sale of the company.

In the meantime, the company plans to push forward and grow even more to increase the potential long-term value of that ownership stake. Impact Makers is currently worth about $12 million, the company said. The 75-person company makes its money offering IT services to clients, mainly in the healthcare sector. It brought in just less than $12 million in revenue in 2014. That’s up from $10.32 million in 2013, according to its entry in the RVA 25, an annual list of the fastest-growing companies in Richmond.

Community Foundation CEO Darcy Oman said the arrangement is similar to an endowment and described it as “permanent philanthropy.”

“If you know anything about endowments, it only takes about 10 to 12 years to go from the permanent asset to far exceed the value of the original commitment,” she said. “So this is really something that will exponentially grow over a long period of time.” 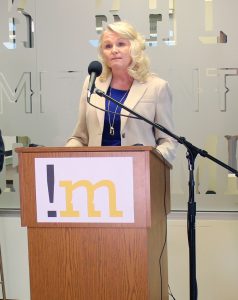 As part of the deal, VCC and The Community Foundation agreed to use the funds they receive from Impact Makers both for philanthropic work and for impact investing. Impact investing involves investing in companies that have intentions to do social good.

VCC provides lending and financial advisory services to businesses for housing developments, job creation and other efforts. The Community Foundation works with donors to create endowments and help other nonprofits.

Impact Makers is a Benefit Corporation, better known as a B Corp. It’s a designation that indicates the company’s purpose is to create a public benefit, on either society or the environment. That means that after accounting for salaries, operating expenses and taxes, Impact Makers gives its remaining profit to local charities.

During an announcement event on Tuesday, Pirron announced that since its inception, Impact Makers has given a cumulative $1 million to charities. About 70 percent of that has been cash and the rest is through pro bono work.

Impact Makers ranked No. 9 on the recently published Generosity Inc. list, which measures corporate donations to local nonprofits. The firm reported $206,000 in local donations in 2014, the largest gift being to Family Lifeline.

Other charities that Impact Makers supports include Rx Partnership, Peter Paul Development Center and Future Leaders in Project Management. Impact Makers will continue that practice of donating to charities even after handing its shares over to The Community Foundation and VCC.

With the ownership transfer complete, Impact Makers said the next move is to continue to grow the company, increasing its worth and the value of VCC and The Community Foundation’s stakes.

It plans to raise those funds from local nonprofits – the idea being that they would essentially be investing in the future of The Community Foundation and Virginia Community Capital.

“If we’re able to grow, then Richmond charities get the benefit of that,” Willett said. “Going back to the VCC and The Community Foundation, if this grows and we get additional support, it’s going to create this amazing ripple effect.”