With developable land in shorter supply in parts of western Henrico County, a local builder is betting on a large plot near the Springfield Road Landfill for its next project.

HHHunt is proposing a development of up to 260 homes for the bulk of an 83-acre tract beside the landfill, which was closed to commercial use in 2014 but still operates as a transfer station for county residents’ trash.

The developer, through its HHH Land LLC, seeks to rezone 63 acres of the 83-acre parcel from agricultural to residential use. The change would allow for 130 single-family detached homes on 44 acres and 130 townhomes on 19 acres, said Hirschler Fleischer attorney Jim Theobald, who is representing the builder.

Theobald said the development would be an extension of a previously approved HHHunt project, Holloway at Wyndham Forest. 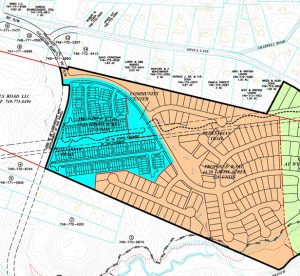 The plans call for up to 130 single-family houses and 130 townhomes on a total of 63 acres.

While the development would be near the landfill, located on the north side of Interstate 295 just east of the Nuckols Road interchange, Theobald noted the facility is closed to commercial customers and was scheduled to be capped starting this spring.

“With the end-of-recession and improving economy, I think we’re seeing all developers and builders lacking inventory of lots,” Theobald said. “So when you have an infill site like this near existing infrastructure, in terms of roads, great schools, a library, a park and all the other amenities and retail opportunities close at hand, it’s just ideal for additional development.

“There’s really not that much land left near the 295-Nuckols interchange, as you go towards Twin Hickory and Wyndham.”

Theobald also noted the site’s proximity to amenities and schools in nearby Twin Hickory, as well as to Innsbrook, which is located across the interstate.

The capping process involves covering the last section of the landfill mound, which the county has described as rivaling the height of a 30-story building, with a 1.5-foot layer of soil, a geomembrane liner and a second, 2-foot layer of soil that is seeded with grass and covered with straw.

The Holloway at Wyndham Forest development was first proposed in late 2013 for up to 100 single-family homes on 56 acres just east of the newly proposed community. 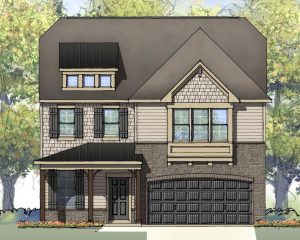 Theobald said that project has received final subdivision approval but has yet to break ground.

This latest proposal would likewise be part of the Wyndham Forest homeowners association. Theobald said it would feature a community center and connect with existing trails in Holloway at Wyndham Forest.

The townhomes would be located closer to the interchange, while the single-family homes would sit farther to the north and east.

County records list the owner of the parcel as Nuckols Road LLC, which acquired the land in 2002. F.G. Pruitt Jr., the parcel’s previous owner, is listed as the LLC’s registered agent.

Theobald said a portion of the parcel – the 20 remaining acres fronting Nuckols Road – would remain under Pruitt family ownership and would not be developed as part of the project. He said he did not know what may be planned for that land.

The rezoning request is scheduled to go before the county Planning Commission May 14. It would then go to county supervisors in June. If approved, Theobald said construction could start as early as next summer, with the first units occupied by late fall 2016.