West Cary Group picked up an Internet Advertising Competition Award for a video it created for Vonage. The firm earned a Best Telecommunication Online Video award for a pre-roll video titled “FOLD.”

The Hodges Partnership has been retained by Alexandria Renew Enterprises, which operates a wastewater reclamation facility in Alexandria. The agency will focus on content strategy and create educational and informational content.

Studio Flatland has picked up awards for several campaigns and video spots. A cartoon video for ClearPoint Credit Counseling Solutions titled “Do You Wanna Save Some Bacon” has won multiple awards, including three Telly Awards – two silvers for Online Video and Use of Animation, and one bronze for Online Commercial for Financial/Banking – and two People’s Telly bronze awards for Use of Animation and Online Commercial.

PadillaCRT has promoted Christian Munson to senior director in the communications agency’s Richmond office. Munson serves as account leader for some of the agency’s largest clients, including the Virginia Department of Rail and Public Transportation, the Virginia Lottery and HNTB, an architecture firm headquartered in Kansas City, Missouri.

Cassie Jones has joined the agency as a senior account executive. She most recently worked as a public relations specialist for Virginia Commonwealth University and VCU Medical Center and has previously worked at Free Agents Marketing. Also new to PadillaCRT is Kellan Latif, who has joined as an assistant account executive. She previously worked at The Pinkston Group in Washington, D.C., as an account coordinator and as a legal intern with Two Rivers Law Group in Richmond.

Studio Center won 19 awards at the 36th annual Telly Awards. The studio was honored for projects produced for organizations and businesses including Barbasol, Chrysler Museum, Goodwill, City of Portsmouth, G2 Ops and Genworth Financial, among others. The company also won an award for a branding video called “Coach Speak.”

Circle S studio was hired as agency of record for Equity Methods. Based in Scottsdale, Arizona, the company provides consulting and technology solutions for equity compensation compliance. The agency also launched five campaign TV spots for TowneBank, including one titled “Driven.”

93 Octane is partnering with Acuity Management Solutions on a series of product marketing initiatives across print and digital media in support of Acuity’s new brand platform. The agency has also been hired by Merchants Fixture, a fixture manufacturer based in Hanover, to create a new identity, website and tradeshow materials. 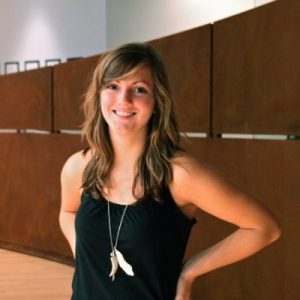 A for Adventure has added Nichole Heisler to its team as graphic designer. Heisler most recently was a designer at Prophet and J H I Good Idea. Originally from Ohio, she received her BFA in graphic design at Bowling Green State University.

Addison Clark was hired as marketing agency for Westover Strategic Advisors, a newly founded Richmond company that provides CFO services for small- to medium-size companies. The agency also launched a broadcast campaign for Gateway Healthcare Professionals, a local healthcare recruitment agency, and was engaged by the Dominion Christmas Parade to build a new website for the event.

The Virginia Society of Association Executives (VSAE) opened its annual conference this month by launching an entirely new brand identity, which includes a new logo, tagline and graphics treatment across all of VSAE’s communications.

The work was the result of a nearly yearlong effort by VSAE’s Rebranding Task Force. The logo and graphics were designed by Richmond-based firm John Romeo & Associates.

Madison+Main completed Village Bank’s latest TV spot, “You’re a Neighbor, Not a Number,” in a partnership with BES Studios. The firm also developed a new e-commerce website for Yard Works that allows consumers to order online and schedule pickup and home delivery.