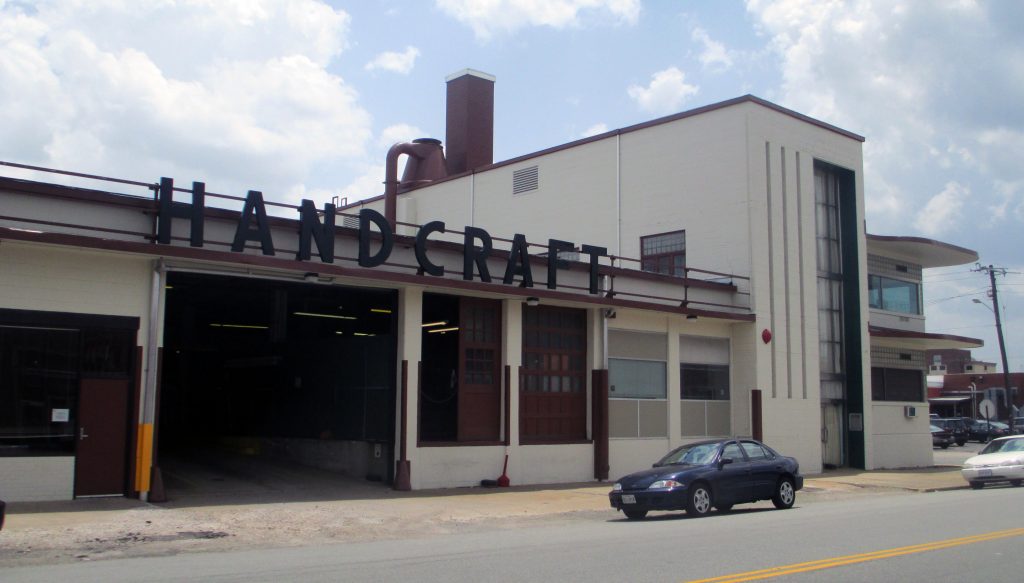 HandCraft cleaning service is moving out of its Scott’s Addition space. Photos by Burl Rolett.

The owners of a notable Scott’s Addition property are ready to write the building’s next chapter.

Jay Nichols said the decision comes after many months of brainstorming and fielding proposals for the site.

“We looked at a lot of different scenarios,” Nichols said. “To get a single tenant – we looked at that, but then we started getting a lot of calls from all different types of industries.”

Past talks have included turning the property into an exotic car garage – “I didn’t understand that one,” Nichols said – a new bowling alley, and, as observers of Scott’s Addition might expect, a brewery.

A conversion to apartments remains off the table. Nichols said Scott’s Addition already has some nice apartment developments. 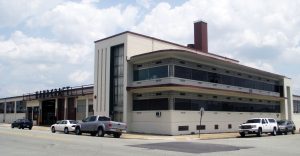 HandCraft is looking for office tenants for the two-story piece of the building.

“It’s kind of a gut felling,” Nichols said. “We understand industrial space. We understand build-out for offices. Residential is kind of foreign to us.”

HandCraft has used the building since 1983 but is now finishing up a move to a new space at 2828 Cofer Road in south Richmond. Before HandCraft, the building was used by Binswanger Glass Co., which built the property in 1946.

Goode said the actual layout of the space is still being decided, and an architect and contractor have yet to be selected. He said he hopes to have a shell made up of divided areas ready by December.

Despite not having the visibility that comes with Broad Street or the Boulevard, the Roseneath Road building is primed for a restaurant or brewery, Goode said.

“It is where it is,” Goode said. “The coolest thing about Scott’s Addition is its nooks and crannies. Every corner has its story to tell.”

Goode said whatever becomes of the HandCraft building will be complemented by The Dairy Bar Restaurant nearby at 1602 Roseneath Road.

Tenants of the HandCraft building will have access to about 200 parking spaces nearby on a MacTavish Avenue lot the Nichols brothers also own – an uncommon amenity in what is increasingly becoming one of Richmond’s trendiest neighborhoods.

“That is, quite frankly, the driving factor in making it attractive,” Goode said.

“We’re trying to find the right mix,” Nichols said. “Hopefully we can create something where it will be a gathering place of sorts – not only to work at, but have a little entertainment, as well.”