An effort by VCU to build a business school in Morocco could prove to be “the beginning of a beautiful friendship.”

The famous last line from the film “Casablanca” must have crossed the minds of university staff when they arrived in the Moroccan port city last month to start work on the initiative, which will offer programs in entrepreneurship beginning this fall.

Why Morocco? Established relationships between VCU, the International Institute of Higher Education in Morocco and Ford Motor Co. are driving the effort and will culminate with the creation of the Henry Ford Entrepreneurship Academy at IIHEM, located in the nearby capital city of Rabat. 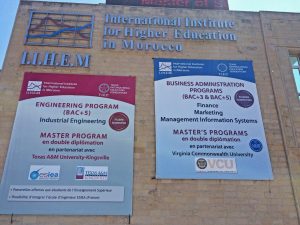 Jay Markiewicz, executive director of entrepreneurship programs at VCU, is developing the curriculum with colleague Joe Coombs and will oversee the workshops to be offered at the academy this November. They will be held at IIHEM.

“The idea is a long-term commitment by VCU, IIHEM and the Ford Fund to truly build an academy, which is multiple workshops, some infrastructure and integrating with key stakeholders in Morocco,” Markiewicz said.

The academy will begin with two-day workshops this year and is planned to expand with additional offerings over time. Markiewicz said the goal for the academy is to serve as a resource and networking center for alumni and the business community in Morocco.

Markiewicz said the initial workshops will be offered to about two dozen entrepreneurs who are three years or less into starting their businesses.

“So, really at that startup phase where it’s most volatile and most startups fail,” he said. 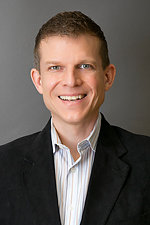 The program is being funded through the Ford Motor Co. Fund, the philanthropic arm of Ford, which also happens to be expanding its operations in North Africa. The company is opening 13 retail locations in the region this year, including a sales office in Casablanca and a purchasing office in Tangier, Morocco.

“Ford is investing a lot in their infrastructure over there, so with that, they want to bring in the ability to help the local economy,” Markiewicz said.

He said the endeavor is the result of efforts by David Berdish, an executive-in-residence at VCU and a retired Ford executive. The existing relationship between the universities is through VCU’s master’s program, in which some IIHEM students come to VCU to complete their degrees.

While adding to the educational offerings in Morocco, the academy will also benefit VCU and Richmond, as well, adding visibility and global name recognition, Markiewicz said.

“This is a huge deal for VCU and Richmond,” he said. “Ford’s a Fortune 10 company, a global company, and they basically selected Virginia Commonwealth University to partner with IIHEM over in Morocco to build their Henry Ford Entrepreneurship Academy.

“I think it speaks highly for our university, for our entrepreneurship education,” he said. “Anytime you bring positive global press to a piece of Richmond, something so significant as its university, I think that’s going to open doors – for the university and for Richmond and for students.”