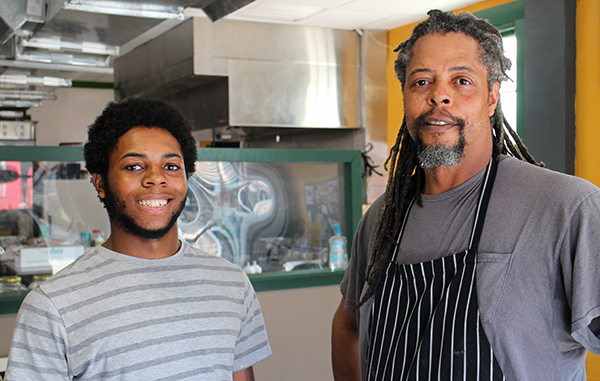 An established catering company has spawned a deli in Northside and plans to branch out further with a neighboring farmer’s market.

Nomad Deli and Catering Co. opened a storefront May 1 at 207 W. Brookland Park Blvd. in a 2,000-square-foot building that owner Anthony Tucker said he has under contract to purchase.

Nomad sells made-to-order sandwiches, salads and quesadillas. It has a salad bar and also sells soups and desserts. The mostly to-go spot has 10 seats and was formerly home to Michaela’s Quality Bake Shop, which moved to a bigger space at 9 W. Brookland Park Blvd. 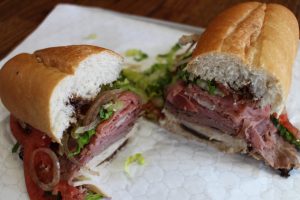 The deli has sandwiches and other food to go and some seating inside.

“I knew the Brookland Park area needed something different,” Tucker said. “I wanted to bring healthy food choice to the community.”

Other nearby restaurants along Brookland Park Boulevard include Davinci and Chinatown Express.

Tucker, a former contractor for about 20 years, said it cost about $74,000 to open Nomad. He financed the venture himself.

He said he first got into the food business about eight years ago when he began catering events and weddings.

“There is no better time to pursue my dream,” he said. “I’ve always wanted to open a deli-type restaurant.”

This month he also has plans to open a farmer’s market next door to his deli. Tucker said he is charging $25 for vendors to set up stands in a 2,000-sqaure-foot space next to Nomad. He said he already has four farmers signed on.

“It’s more important to bring produce to the neighborhood than for me to make a million dollars,” Tucker said.

News of Nomad’s opening was first reported by Style Weekly.

Congratulations to Anthony on his opening and continued success! Always a good feeling to help a good guy and an energetic small business owner, and even better when you know that he’s going to help a neighborhood continue on it’s path of renewal.